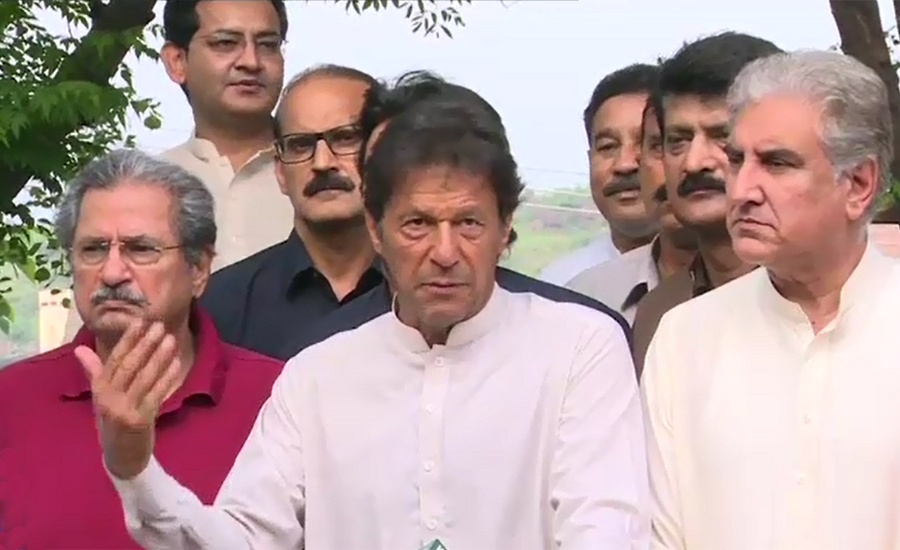 ISLAMABAD (92 News) – PTI chairman Imran Khan has said that the judges should resign immediately as the country has come to a standstill. Talking to the media on Wednesday, he said that the country is passing through a critical situation. He said that investigations against the prime minister were going on and he was making foreign tours by seeking invitations. “Both brothers are deceiving the people by showing them as victims,” he maintained. The PTI chairman asked the people to boycott the media group owned by Mir Shakeel-ur-Rahman.