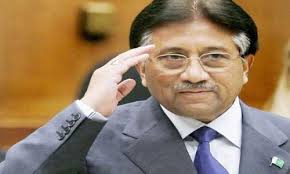 ISLAMABAD (92 News) - The anti-terrorist court judge expressed his annoyance over disappearance of former president Pervez Musharraf in the judges’ detention case on Friday. The court remarked that it has nothing to do with the accused if he is a high-profile person. Non-bailable arrest warrants will be issued for Musharraf if the defence counsel did not argue in the case, it said.