Judges do not love Prophet (PBUH) less than anyone else, remarks CJP 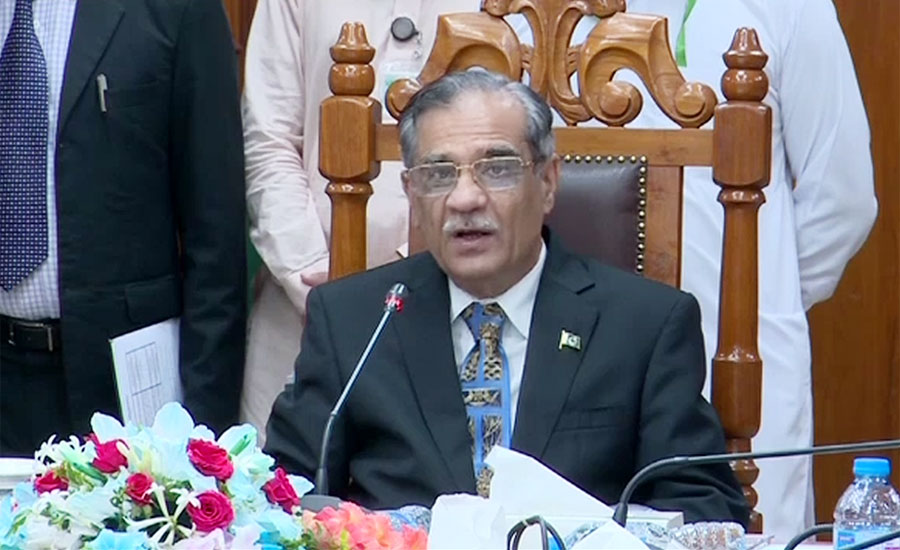 Judges do not love Prophet (PBUH) less than anyone else, remarks CJP

ISLAMABAD (92 News) – Chief Justice of Pakistan Justice Mian Saqib Nisar on Thursday commented on the Asia Bibi case and said they are ready to sacrifice their lives for Prophet Muhammad (Peace Be Upon Him) but how can the court punish someone if there is no proof against them. Hearing the federal government’s plea regarding the appointment of a new Islamabad IGP, he remarked: "We are ready to sacrifice our lives for the Prophet (Peace Be Upon Him). But if there is no proof against someone then how can we punish them?” The CJP said: “Blasphemy is not acceptable to anyone. No one’s faith is any less and we do not love the Prophet (Peace Be Upon Him) any less than anyone else but we are not just the judges of Muslims.” Referring to the 56-page judgment on Asia Bibi case, Justice Nisar said, "We started the judgment with the Kalma and constantly referred to the Holy Quran. Love does not mean that even if a case cannot be formed we make one. "We uphold the Finality of the Prophethood (PBUH) and without it our faith is not complete. We have judges on our benches who are always reciting the Durood Sharif. We published the verdict in Urdu as well so the nation can read it." Speaking about the ongoing protests following the top court's verdict acquitting Asia Bibi, Justice Nisar said, “The state should fulfil its responsibility to maintain peace in the country like the prime minister said last night.”