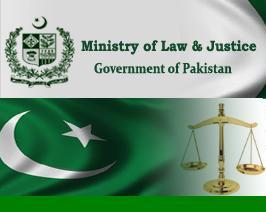 ISLAMABAD (92 News) - The Ministry of Law & Justice on Monday approved the draft of the letter to be written to the Ministry of Parliamentary Affairs for the establishment of Judicial Commission. 92 News obtained the detailed copy of the letter’s text. The Judicial Commission comprising of judges of the Supreme Court will probe rigging allegations by Pakistan Tehreek-e-Insaf in general elections 2013.