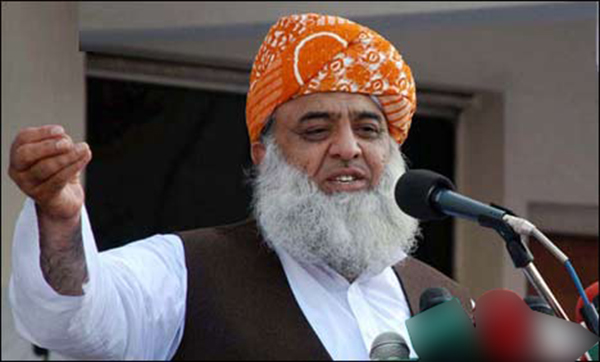 ISLAMABAD (92 News) – Jamiat Ulema Islam-Fazal chief Moulana Fazlur Rehman has on Wednesday said that he accepts the Supreme Court’s decision regarding 18th and 21st Amendment and establishment of military courts. Talking to media outside Parliament House, he said that Imran Khan is criticizing those parties who were trying to save him from de-seating. He said that he would not have been against Imran Khan, if he wanted a ministry and he would have made a deal with him. Fazalur Rehman said that he is against the trend that was brought from Los Angeles to D-Chowk during the PTI sit-in. He further said that he has never taken decision under anyone’s pressure, adding that the PTI chief Imran Khan should not criticize him or they will continue raising their voice against him.