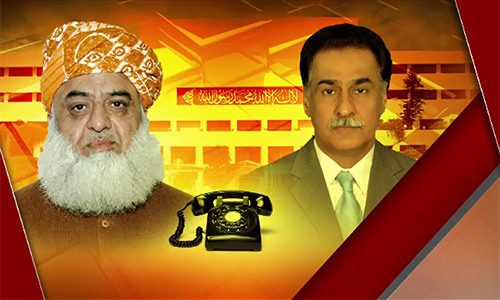 ISLAMABAD (92 News) – Maulana Fazlur Rahman, chief of his faction of the JUI, phoned National Speaker Sardar Ayaz Sadiq on Wednesday. He said that all the parties should be treated alike. “The resignations issue should be settled in a meeting of the parliamentary leaders,” he said, adding that the MQM resignations should not be accepted immediately. Sources said that Maulana Fazlur Rahman would also phone MQM chief Altaf Hussain with regard to the resignations.