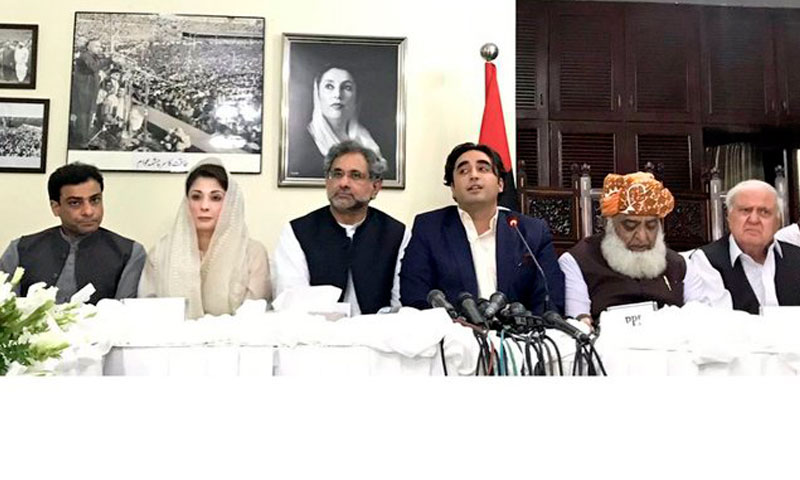 On the other hand, Maryam Nawaz has also accepted the invitation to attend the APC scheduled to be held on June 26, a statement on Sunday issued by party spokesperson Marriyum Aurangzeb said. In a statement, Maryam received a personal invitation over the telephone from the JUI-F chief, who shall be hosting the event. The much-anticipated announcement for its date came late Saturday night in a statement issued by the JUI-F spokesperson. The conference will host the representatives of opposition parties at Islamabad to formulate a joint strategy for future course-of-action against the ruling Pakistan Tehreek-e-Insaf (PTI) government. The APC will also discuss the ‘de-seating’ of the Senate chairman and amendment to the budget. Sources said all opposition parties would attend the meeting. Shehbaz Sharif would represent PML-N while Maryam Nawaz along with senior leadership would also attend the meeting. Bilawal Bhutto Zardari will represent Pakistan Peoples Party. Other parties attending APC are ANP, QWP and BNP.