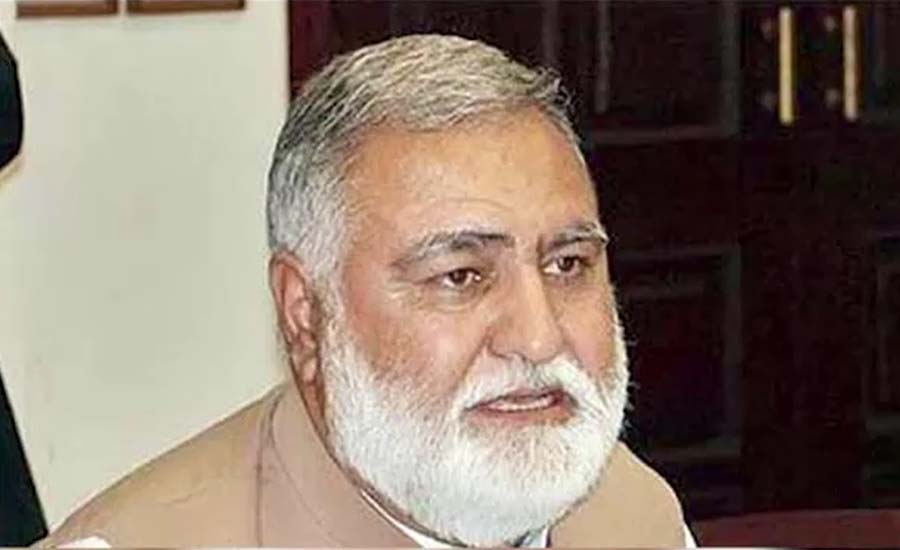 BANNU (92 News) – Jamiat Ulema-e-Islam-F(JUI-F) leader Akram Khan Durrani's luckily escaped shooting after his vehicle was fired near Basia Khel in Bannu. According to the sources, Durrani was en route to an election meeting in Basia Khel when shots were fired at his vehicle by unidentified suspects, who escaped after the attack. Sources further said that the JUI-F leader's vehicle was a bulletproof SUV and thus the bullet could not penetrate the windshield and reach its target. Durrani is contesting the July 25 election on a Muttahida Majlis-e-Amal ticket against Pakistan Tehreek-e-Insaf Chairman Imran Khan from NA-35 (Bannu). The JUI-F leader's convoy was also attacked on July 13 in Bannu while he was leaving an election rally, resulting in the death of four people and injuries to several others. On July 13, at least four people were killed and 35 others injured when a bomb targeted the convoy of Akram Durrani near the northwestern town of Bannu. The bomb was planted in a motorcycle. Akram Durrani, MMA candidate from NA-35, remained unhurt in the incident.