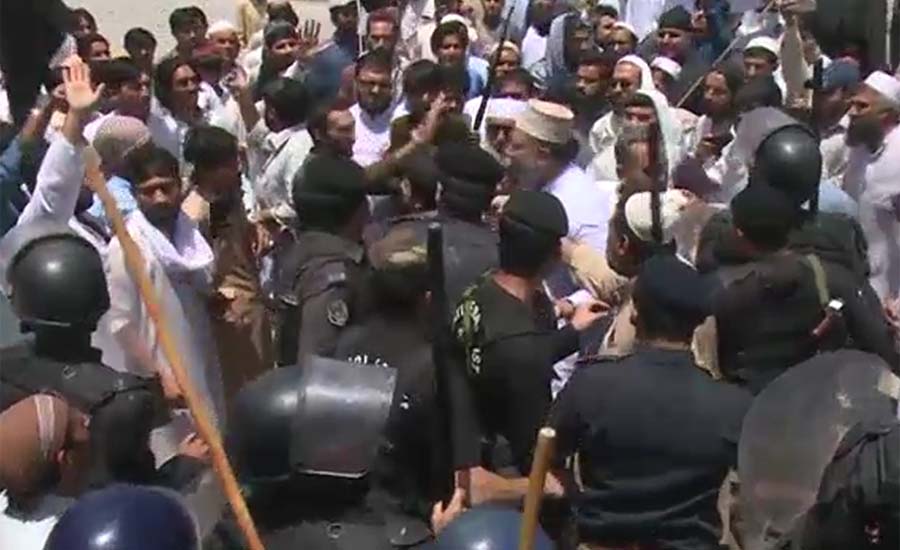 PESHAWAR (92 New) – The session of Khyber-Pakhtunkhwa (KP) Assembly has been started at 2pm, while the workers of Jamiat Ulema-i-Islam-Fazal (JUI-F) clashed with police outside the Assembly over the FATA-KP merger bill which will be presented in today (Sunday). According to the details, a clash took place between the protesters and law enforcement agencies after stones were thrown at the security team. Police fired tear-gas to disperse the protesters who staged a sit-in and set pro- FATA merger bill banners ablaze. In this condition, the road outside the assembly building turned into battleground as the JUI-F workers tried to barge in to the assembly building and were also restraining lawmakers from attending the session. Earlier, the workers of the Jamiat Ulema-e-Islam – Fazl is protesting against the passage of the bill. According to JUI-F and Pakhtunkhwa Milli Awami Party, FATA should instead become a separate province. The provincial assembly dissolves on Monday after the completion of its five-year term. The Senate and the National Assembly have already passed the FATA merger bill. A tw-third majority is now required in favour of the bill at the Khyber-Pakhtunkhwa Assembly to clear the way for the merger.