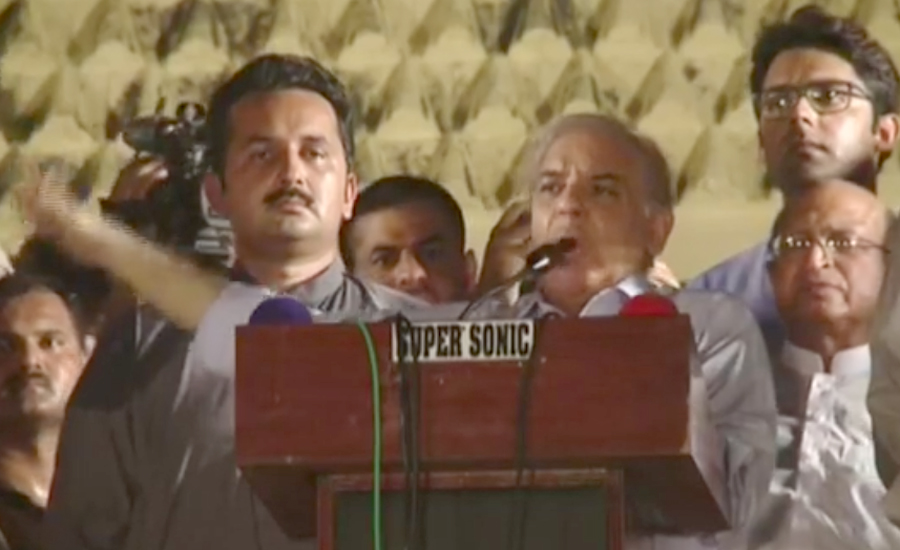 ALIPUR CHATTHA (92 News) – PML-N president Shehbaz Sharif has said that the voters have to stamp the symbol of ‘Lion’ to secure the release of Nawaz Sharif and Maryam Nawaz. Addressing a public gathering on Tuesday, he said that Nawaz Sharif had returned to the country by leaving his wife in a critical condition. He said that the people should remember 2013 when up to 20-hour shutdown was observed across the country. “Nawaz Sharif who ended darkness from the country has been arrested. He has been arrested in a case about which the judge says corruption could not be proved,” he said. The PML-N president said that those drowned from head to toe in corruption are eating cakes and pastries. “There was a sea of people in Lahore on July 13. No loss was reported during the protest. The caretaker government has no work except to register cases against our workers,” he said. Shehbaz Sharif said that if it is terrorism to end darkness and serve the country, the PML-N will repeatedly do it. “The ECP is acting as a puppet. The prime minister is not taking notice of it. Ilzam Khan destroyed Khyber Pakhtunkhwa,” he added.