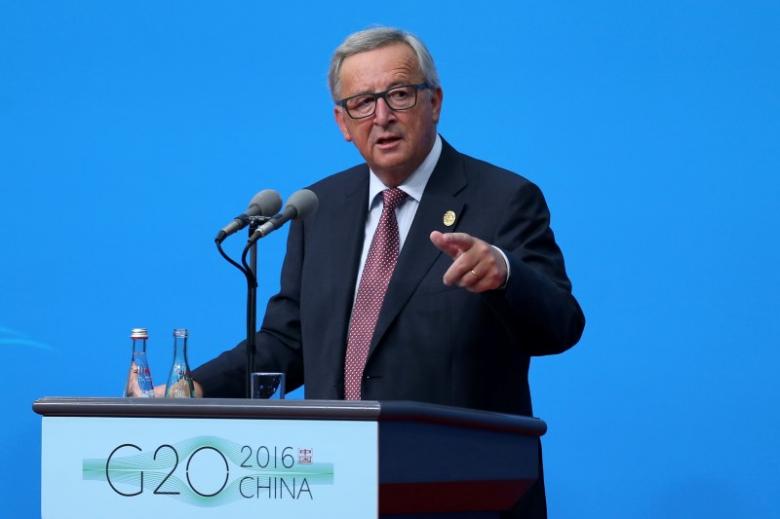 BRUSSELS – The European Commission withdrew proposals on Friday that would limit next year's abolition of mobile phone roaming charges after criticism that the rules should do more to favor telecoms firms' customers.
In a dramatic U-turn, four days after officials published rules to restrict how many days consumers could use phones abroad without extra fees, President Jean-Claude Juncker ordered the draft revised in what allies and officials said showed that the EU executive wanted to be seen to listen to ordinary voters. Three months after the British public delivered a shattering blow to the European Union by opting to leave the bloc, Juncker and leaders of the other EU states are working to restore trust in an institution which insurgent eurosceptics say is out of touch and in the pockets of big, globalized corporations. The telecoms industry, however, was unimpressed, saying the Commission's original proposal was already painful for them. After years of progressively capping roaming charges, EU law will end the practice altogether in the middle of next year for customers who make "fair use" of the service, in terms of how much time and data they use and how long they spend abroad. Under Monday's draft definition of "fair use", published for public comment, firms could charge clients extra who use their phones abroad for more than 90 days a year or 30 in a row. The Commission says the average European is abroad 12 days a year. Juncker, who will make his annual State of the Union speech on Wednesday, did not see the proposal before it went out but heard public feedback, a Commission spokesman said: "We have been listening and now we are going back to the drawing board." EU officials told Reuters their main concern was that the proposal was not good enough for consumers. Mobile operators association GSMA said it also welcomed a review, calling the draft over-complex for customers - as well as "unworkable" on a commercial and technical level for the companies themselves. Another group, ETNO, said the 90-day allowance went far beyond the spirit of the law that will take effect next June. Companies pay firms in the other country wholesale prices for data and calls when a customer of theirs roams abroad. They argue that big variations in mobile prices across the bloc make it uneconomic for them to offer totally free roaming to all. Commission spokesman Alexander Winterstein insisted that, despite negative media commentary this week on the limitations for consumers, most Europeans would benefit from new regulations that were a "major success" for EU policymakers. "Roaming charges are going to disappear entirely by June 2017. Period," he told a news conference. CITIZENS PROMISED For a decade, battles over roaming charges have provided a barometer of EU politics. Europeans, millions of whom frequently cross often nearby borders, have been irritated by charges for making calls or using data abroad that seem very much greater than any additional costs required to provide such a service. The Commission, in its role as enforcer of a single market blind to national frontiers inside the EU, has long cited its campaign to cap roaming charges, forcing them down by some 90 percent since 2007, in efforts to show voters it works for them. –Reuters10