For some 'Jungle' migrants, France isn't that bad after all 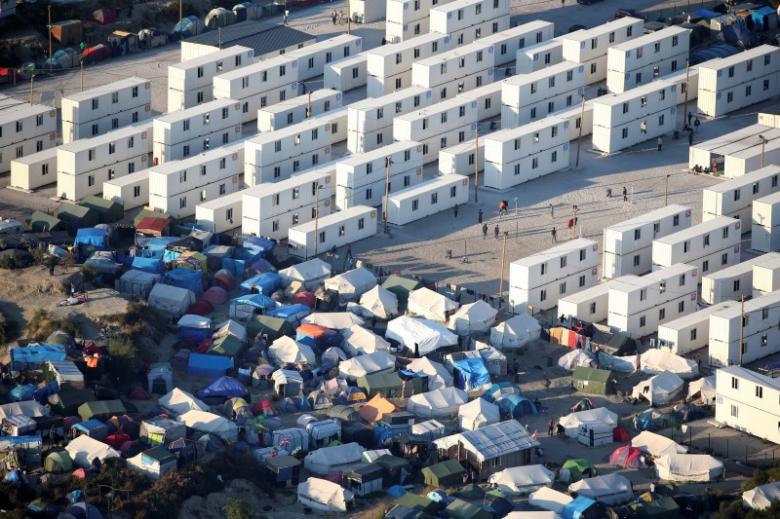 For some 'Jungle' migrants, France isn't that bad after all

CALAIS - Afghan national Sajjad had dreamt of a new life in Britain, but the teenager is among a growing number of migrants holed up in a squalid camp in Calais to decide that France might not be such a bad second choice. The Shia Muslim who says he fled with his family from the Taliban last year, told Reuters that the perils of repeated attempts to smuggle his way across the English Channel had persuaded him to give up on the idea. "My life is more important than England," said the 19-year-old, who is learning French at the camp's makeshift library. "It's become too dangerous, so we've ended up seeking asylum here." Called "the Jungle", the camp and its inhabitants are at the centre of a political debate that has intensified since Britain's vote to the exit the European Union and before France's wide-open presidential election next April. Fleeing war and poverty in Africa and the Middle East, an overwhelming majority of migrants have arrived in Calais in the belief they will have a better life in Britain than on the European mainland. With unemployment roughly half the French rate of almost 10 percent, jobs are relatively plentiful in Britain and many hope friends and family already there will help them to start anew. Thousands have therefore used the northern port city for making clandestine attempts to reach Britain, which lies only about 35 km (22 miles) across the water. Often this involves trying to stow away on trucks taking the ferry to the English port of Dover, or cutting through security fences to clamber aboard trains using the Channel Tunnel. Most of the attempts end in failure, and a number of migrants have died in the process. To be sure, many of the 7,000-9,000 migrants in the camp nestled behind sand dunes still target the lights along Britain's southern coast visible at night. But interviews with migrants, charities inside the camp and local officials reveal a shift in the ambition of others, due partly to the tough security measures blocking their path and a French initiative to persuade them. "A few months back, when you asked people about whether they wanted to go to England or stay put in France, a majority would answer England. That's now changing," said Stephane Duval, who heads a state-run shelter built with shipping containers within the camp. "FRANCE IS THE FUTURE" The EU's failure to draw up a coherent response to the broader migration crisis has invigorated anti-immigration, euro-sceptic parties across the bloc including France's own far-right National Front. With most opinion polls showing the National Front leader Marine Le Pen winning the first round of the presidential poll, though not a run-off, the deeply unpopular President Francois Hollande is under pressure to shut down the Calais camp. Earlier this year his government sent in bulldozers to clear the camp's southern half. Now Interior Minister Bernard Cazeneuve promises to dismantle the rest, though no time-frame has been set. Meanwhile, Britain is to finance a new security wall along a one-km stretch of the Calais port's approach road, a move that some critics say echoes U.S. Republican presidential nominee Donald Trump's talk of a wall along the Mexican border. -Reuters