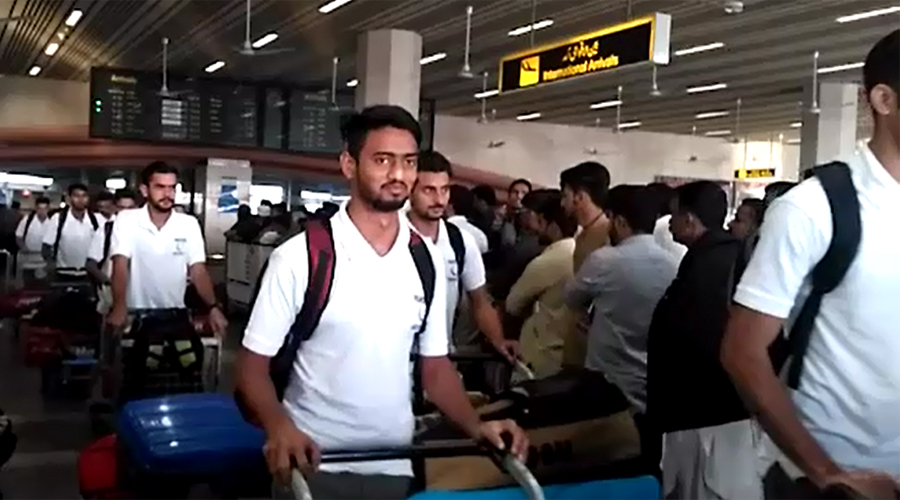 LAHORE (92 News) – Pakistan junior hockey team has on Tuesday reached Pakistan from Malaysia after taking part in Sultan Johar Hockey Cup in Kuala Lumpur. The junior hockey team had a successful tour as the junior team played Sultan Johar Hockey Cup and grabbing the second position. The team was given a warm welcome by supporters, family members at the airport upon their return. For the first time, Pakistan junior hockey team reached the final of the Sultan Johor Hockey Cup after beating Japan 2-1 in Malaysia. Pakistan's best ever placing in the five editions of the tournament had been a fourth placing. But Tahir Zaman has whipped a team that was considered rank outsiders before the tournament into a champion material. National junior team captain and other team players expressed optimism that they would perform well in the upcoming junior world cup in India next month.