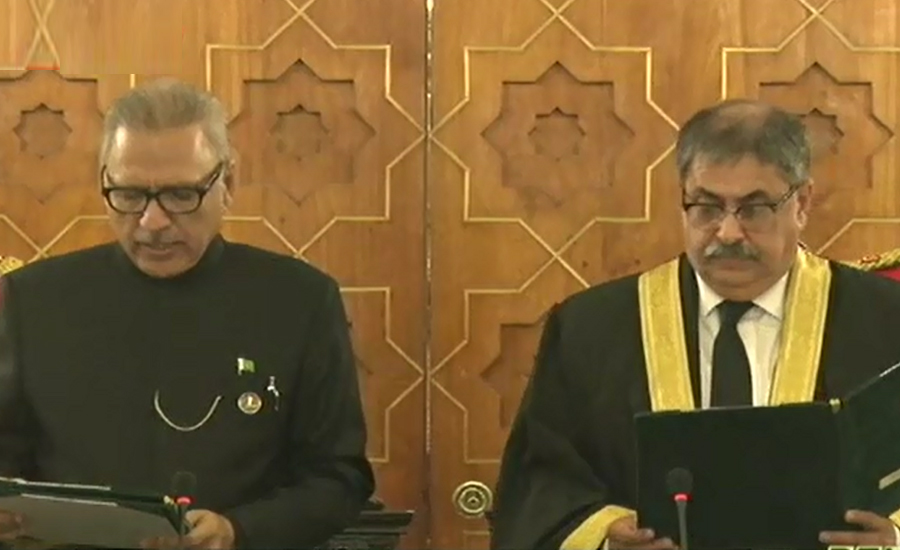 ISLAMABAD (92 News) – Justice Athar Minallah takes oath as chief justice of the Islamabad High Court on Wednesday. President Dr Arif Alvi administered the oath to the IHC chief justice. The outgoing Chief Justice Anwar Khan Kasi spent the last working day in IHC on Tuesday. He will remain the chief justice until December 11, 2023. He will retire on December 12, 2023 if not elevated to the Supreme Court. Justice Athar Minallah had taken the oath as IHC judge on June 17, 2014.