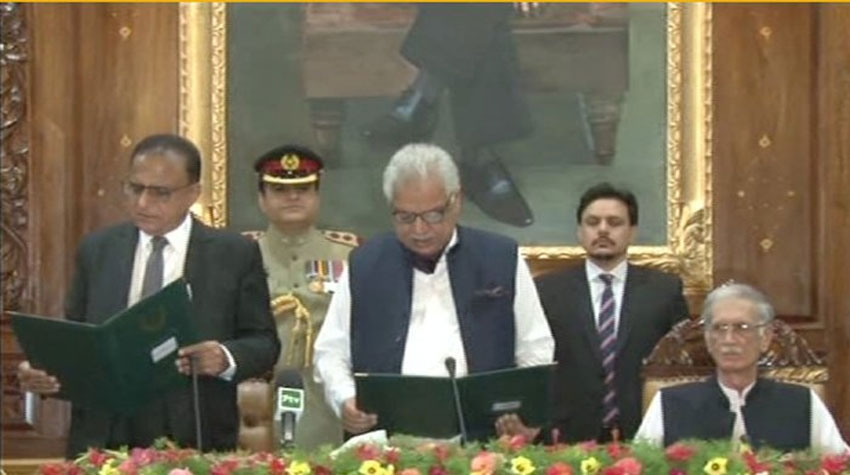 PESHWAR (92 News) – Justice (r) Dost Muhammad Khan took oath as the caretaker chief minister of Khyber Pakhtunkhwa in Peshawar today. As per details, Governor Iqbal Zafar Jhagra administered the oath. The oath taking ceremony was also attended by Khyber Pakhtunkhwa former chief minister Pervez Khattak. Later, talking to media men in Peshawar on Wednesday afternoon, Caretaker Chief Minister Khyber Pakhtunkhwa said holding of free, fair and transparent election is the top most priority of care taker government. He said that efforts will be made to give maximum relief to the people during its brief term. Caretaker Chief Minister said the provincial cabinet will be small and the ministers will be inducted on the basis of merit.