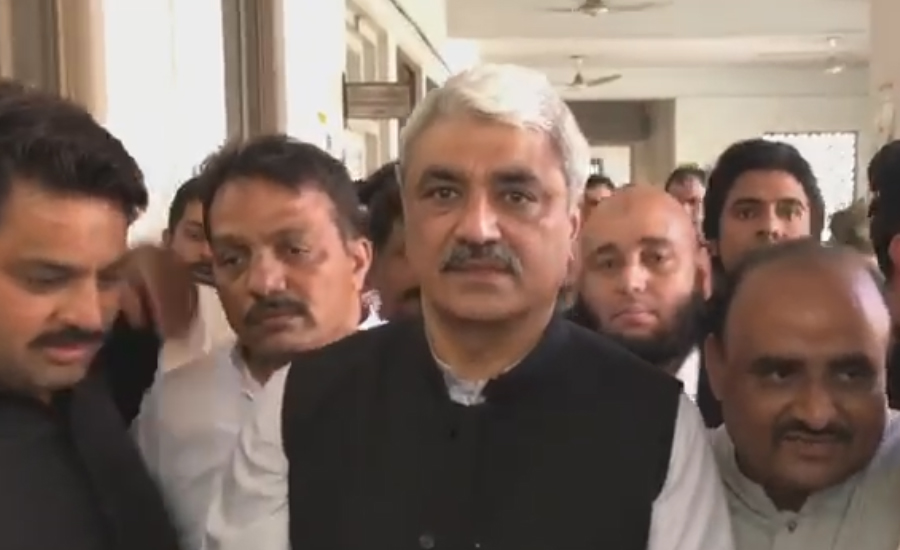 LAHORE (92 News) – An accountability court on Thursday approved a 14-day extension in the judicial remand of Pakistan Muslim League-N (PML-N) leaders Khawaja Saad Rafique and Khawaja Salman Rafique. Accountability court judge Justice Jawadul Hasan ordered for the accused to be presented in court on July 11. Speaking to the journalists, Kahawaja Salman Rafique has said that the US dollar is continuously increasing, adding that the nation is also facing difficulties. He also predicted that the ‘selected prime minister’ will not complete his tenure of five years.

Earlier, the LHC dismissed the bail petitions of former minister for Railways Khawaja Saad Rafique and his brother Khawaja Salman Rafique in Paragon housing scam. A two-member bench of the court headed by Justice Baqir Ali Najfi announced the verdict regarding bail for Khawaja brothers in Paragon Housing scam case. In its remarks, the court said that the causes of the decision will be tell in the detailed judgment. The lawyers from both the sides presented their arguments during the hearing. The NAB lawyer, on the other hand, argued that Khawaja brothers are the beneficial owners of the Paragon Housing Scheme. The transactions carried under the scheme’s name were eventually transferred to the accounts of the two brothers. He also argued that their aide Qaiser Amin Butt, the director of Paragon Housing Society, has become approver against them in the case.

Following their arrests, the NAB Lahore had issued a press release and stated that “Accused Saad along with his benamidaar wife Ghazala Saad Rafique, brother Salman in association with Qaiser Amin Butt and Nadeem Zia established a housing project in the name of Air Avenue which was converted into a new housing project namely M/S Paragon City Pvt Limited. Record shows that M/S Paragon City is an illegal society.”