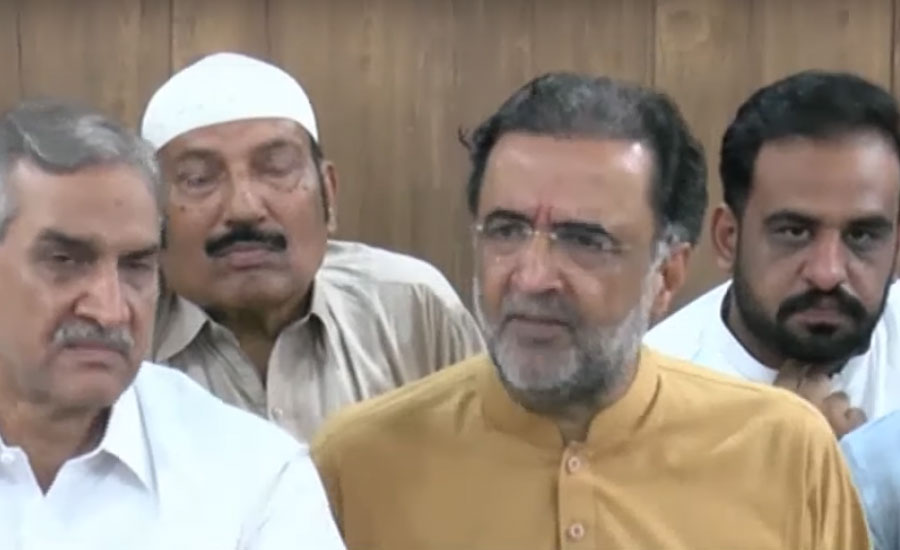 LAHORE (92 News) – PPP leader Qamar Zaman Kaira has termed the arrest of PML-N leader Rana Sanaullah as a ‘cheap act’. Addressing a press conference on Tuesday, he said that the ANF authorities had no video of the recovery of heroin. “The security of Rana Sanaullah was withdrawn five days ago and no such allegation was leveled against him,” he said. He said that an attempt was made to implicate Bilawal Bhutto in the Park Lane case. “Moreover, the script of Patriots II has also been written,” he said. The PPP leader said that the word of the mid-term election is not unconstitutional act. “Bilawal Bhutto’s address to a public meeting was not covered by the media. We are being off-aired,” he complained. Kaira said that Jahangir Tareen was also facing corruption cases and in which capacity he had held a press conference at PID. “Those making legislation against the production orders will suffer a defeat,” he said. He said that the PPP was against any unconstitutional act. Ch Manzoor claimed that the PPP would win the Ghotki by-election. “The government is using fascist tools. The PML-N Punjab president has been arrested and now it is either mine or Kaira’s turn,” he said. He said that such acts would not pressurize Asif Zardari or Bilawal Bhutto.

On June 12, Pakistan People’s Party (PPP) senior leader Qamar Zaman Kaira said that Prime Minister Imran Khan had misreported the public about the country’s loans. Speaking to journalists, the PPP leader said that all the records related to the loans are existed in the Ministry of Finance, adding that the prime minister misreported the data about loans. He also claimed that the PPP and Pakistan Muslim League-N governments returned the loans of billion rupees annually. Qamar Zaman Kaira further mentioned that the government has aim to make the public worry in such an extent, so that, they forget about their important issues. The PPP leader said if PM wants to make a commission he must fulfill his desire. “Everyone is worried about the policies of government. Every eatable has been taxed by this government,” he added. He also said that the premier wanted to distract people from budget 2019-20 and the actual purpose, during the address of Imran Khan, was targeting the opposition. Kaira further said that the tone of Imran Khan, in his address to nation, did not suit him. He questioned whether PM should use such tone during address. Kaira said every time a PM addresses nation some kind of special message is given but they did not understand what was special in this address and why it delayed.