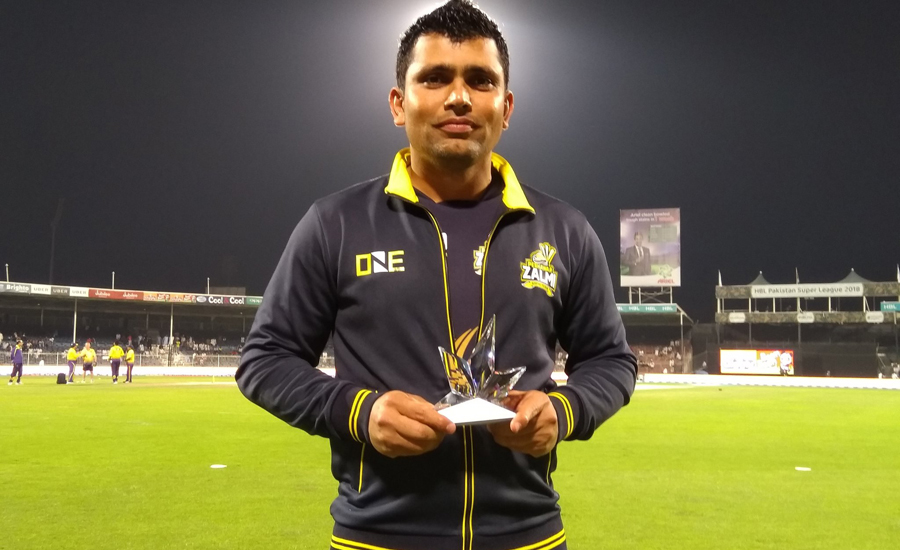 SHARJAH (92 News) – Peshawar Zalmi defeated Karachi Kings by 44 runs in the Pakistan Super League at Sharjah Cricket Stadium on Thursday. Batting first after winning the match, Peshawar Zalmi amassed 181 runs for the loss of six wickets in the stipulated 20 overs. Kamran Akmal smashed 75 runs with the help of three fours and 6 sixes to pave the way for victory. Saad Nasim (35) and D Sammy (36) were other scorers. Usman Khan grabbed three wickets off 11 runs, while Mohammed Amir, Shahid Afridi and Bopara took one wicket each. In reply, Karachi Kings could score 137 runs for the loss of eight wickets in 20 overs. Babar Azam’s 66 laced with four fours and four sixes was the hallmark of the innings. Shahid Afridi (26) and Muhammad Rizwan (16) were other main scorers. LA Dawson chipped in with three wickets, while Wahab Riaz and Umaid Asif took two wickets each. Kamran Akmal was declared Man of the Match.