Imran Khan vows to hold Islamabad protest at any cost 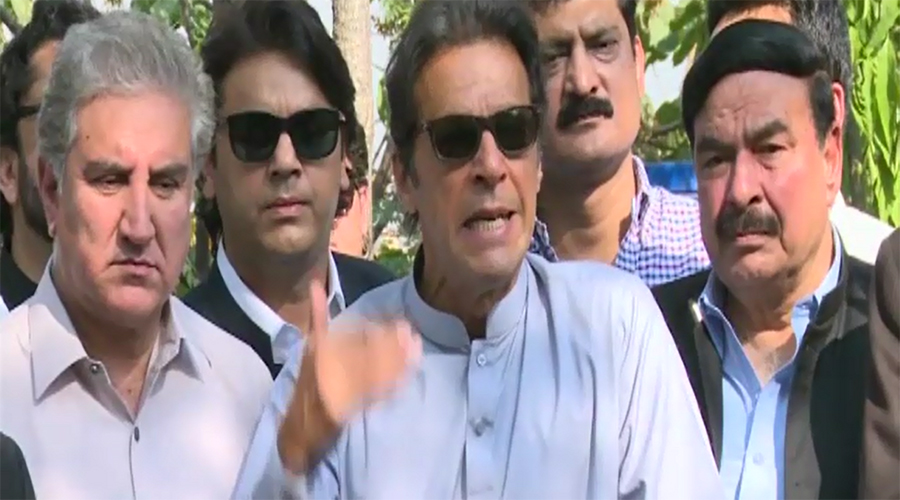 Imran Khan vows to hold Islamabad protest at any cost

ISLAMABAD (92 News) – Pakistan Tehreek-e-Insaf chairman Imran Khan has on Thursday said that no one can stop the party’s sit-in on November 2 as its their constitutional right. Talking to media in Islamabad in Thursday, he said that that the Islamabad protest will be held at any cost, adding that they have waited for seven months for Prime Minister Nawaz Sharif to present himself for accountability. The PTI chairman said that he is violating the law but the prime minister is violating the law himself, adding that Nawaz Sharif never understands the democracy. Khan said that the rulers have failed the Punjab police by making them gullo, while their salaried are being paid from the taxes of poor masses. He advised Punjab police to act according to law. He said that a sea of people will join them in Islamabad on November 2 and no one will be able to stop the flood of people.