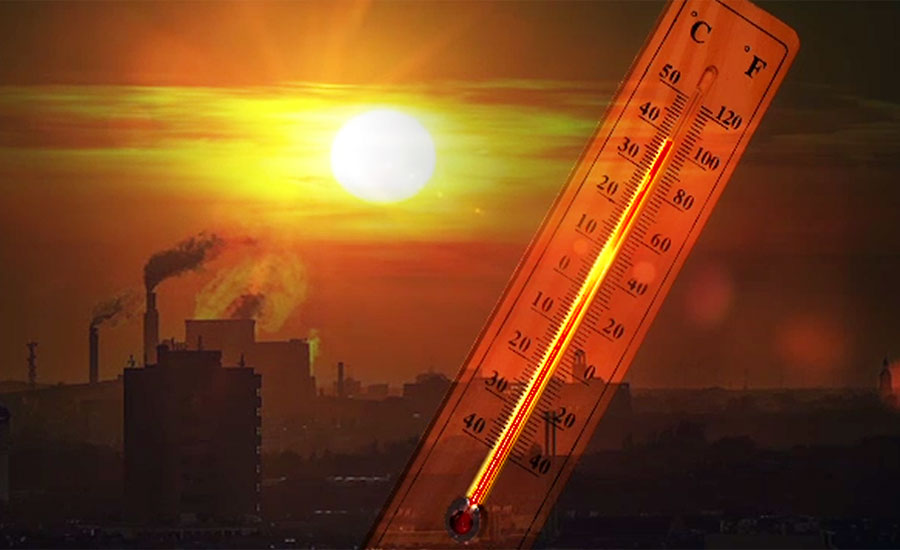 KARACHI (92 News) – The Pakistan Meteorological Department (PMD) on Monday predicted that the ongoing heatwave is said to continue for the fourth day in Karachi, with maximum temperature hovering in the 40°C range. According to the weather advisory, the mercury has been crossed 35 ºC and the maximum temperature in the city likely to range between 39 - 41ºC. It has been reported that the ‘hot to very hot weather is likely to prevail’ in Karachi until Friday, with highs of 43-44°C predicted during the period. It is also reported that 56 per cent humidity ratio recorded in the air. The doctors forbid the citizens to go outside without any urgent work. Earlier, the metropolis witnessed 40 degrees Celsius for the second consecutive day on Sunday under the influence of a low pressure area in the Arabian Sea, which is likely to convert in a tropical cyclone but would not cause any damage to the city or any other coastal areas of Pakistan, officials said. “Under the influence of an existing low pressure area in the east-central and the adjoining north-east Arabian Sea, which intensified into a depression, sea breeze remained cut off towards Karachi and the city’s maximum temperature rose to 40.2°C on Sunday,” an official of the PMD said. Earlier, the PMD has issued mild heatwave alert for Karachi. The mild hot weather conditions are likely to occur for three days, said Pakistan Meteorological Department. Maximum temperature, during the heatwave period, will remain at 41°C. The medical experts have advised people to take precautions in order to keep themselves safe from the heatwave. People should avoid going out from their homes and offices unless important and keep a wet handkerchief at all times. On the other hand, officials warned that the next two days would be very hot and dry with the temperatures ranging between 42 and 44 degrees Celsius.