KARACHI (92 News) - The death tally as a result of the eight days of intense heatwave reached a staggering 1,130 with 27 more deaths on Sunday morning. As per reports, the blistering heat killed 27 more people in last 24 hours in different hospitals of Karachi, including Jinnah Hospital where 354 people have so far died due to heat stroke. Over 300 unidentified victims of the punishing heatwave were buried by the Edhi Foundation by Saturday evening. Meanwhile, to provide place for storage of new death-victims of the heatwave, morgues have started burying dead-bodies that were unaccounted for. Sindh CM Qaim Ali Shah had ordered the burial on account of morgues being filled to the full. 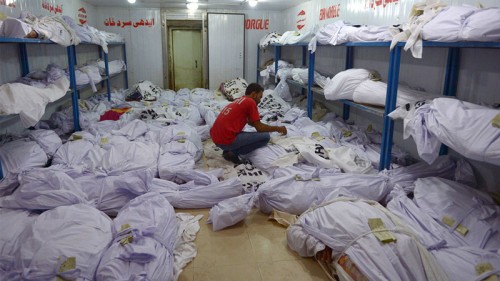 Also, Sindh's ruling party PPP's chairman Bilawal Zardari sought on Sunday a report form the CM Sindh Qaim Ali Shah on the deaths in Karachi. HOT DAY IN KARACHI ON SUNDAY: The Pakistan Meteorological Department (PMD) has forecast another heated Sunday for the already heat-striken Karachiites, with temperature expected to remain between 39 and 40 degrees. The humidity stands at 70 percent, and expected to prevail for a couple of days.