KARACHI (92 News) - Robbers went wild in the provincial capital on Monday and killed a man and a woman doctor on facing resistance, police said. In the first incident, a gang of six outlaws entered the house of DSP Tariq Malik in Shadman Town around 3:30am, tied all family members including the DSP and began looting cash and valuables. On facing resistance, robbers shot and killed Riaz Malik, a nephew of the DSP. The suspects looted cash, gold ornaments and official weapons of the police officer and escaped on a white colour car. DSP Tariq told police that the suspects subjected him to torture after being tied. 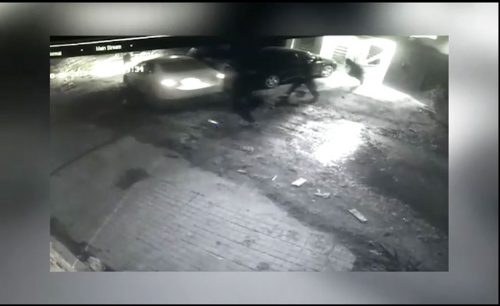 In second incident, some robbers stormed into the house of Dr Ayesha, the sister of Station House Office (SHO) Shahr-e-Faisal Sarwar Commando in Block 13 Gulistan-e-Johar and looted cash and valuables. Dr Ayesha was shot by the suspects who faced resistance from the woman. Canadian-based woman had come to Karachi top to attend a marriage ceremony. SSP East Ghulam Azfar told media that the suspects were well-dressed and that police seized a Kalashnikov and a pistol from the vehicle the suspects used. Chief Minister Sindh Murad Ali Shah took notice of two robbery with murder incidents and sought report from the provincial police chief.