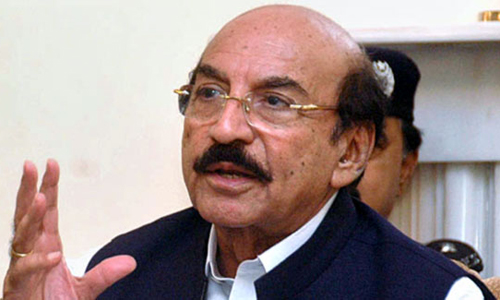 KARACHI (92 News) – Sindh Chief Minister Syed Qaim Ali Shah has said that the Karachi operation has been launched in consultation with the Muttahida Qaumi Movement. Talking to the media on Friday, he said that the Sindh government is in harmony with the MQM. Earlier addressing the passing-out parade at Police Training College Saeedabad on Friday, he said that the joining of the Rangers and police had helped a lot in eliminate the crime. “The Army trained police jawans and it was the need of the hour,” he said. “A huge amount has been allocated for the police in the budget.” Speaking on the occasion, IGP Sindh Ghulam Haider Jamali said that 39 terrorists were killed this year. He said that several terrorists had been arrested and a bomb-making factory was busted.