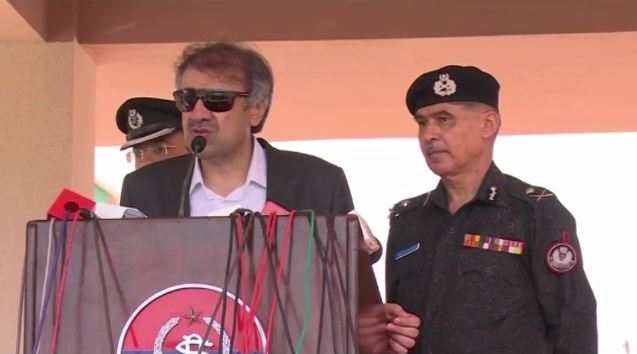 KARACHI (92 News) – Sindh Home Minister Sohail Anwar Sial has on Saturday said that the Karachi operation is against criminals and not against any political party. Addressing the 89th passing out parade of police in Saeedabad Police Training Centre, Sohail Anwar said that crime will be eliminated from the city. The minister appreciated the police performance, adding that the Counter-Terrorism Department will be equipped with upgraded and modernise equipments. He said that special allowances have been announced for the police which will be implemented soon. “Police funds have been increased due to the personal interest of the former president Asif Zardari,” he said. Answering a question regarding Jawaid Nagori, the minister said that he does not have any information in this regard, adding that action will be taken against Jawaid Nagori as per party rules. Commenting on the MQM’s resignation, Sohail Anwar said that they will try to address the MQM’s concerns. Earlier, addressing the event, Inspector General of Police Ghulam Haider Jamali said that police has played a vital role for the peace of the city, adding that the Sindh police has solved cases like Saneha Safora and Saneha Shikarpur. He said that the JIT was conducting investigation regarding the press conference of SSP Rao Anwaar and Saneha Baldia.