KARACHI (92 News) – Wall-chalking in favor of former Karachi Mayor Mustafa Kamal appeared in different areas of the country’s economic hub after lashing out at the party leadership and its London-based chief Altaf Hussain, creating waves in Karachi’s politics. Karachiites welcomed Mustafa Kamal and painted the walls with slogans supporting the former Karachi mayor. Former Karachi Mayor said that the MQM chief Altaf Hussain has made the innocent muhajirs, murders, terrorists and RAW agents. He said that two generations of Urdu speaking people have been destroyed for Altaf Hussain. 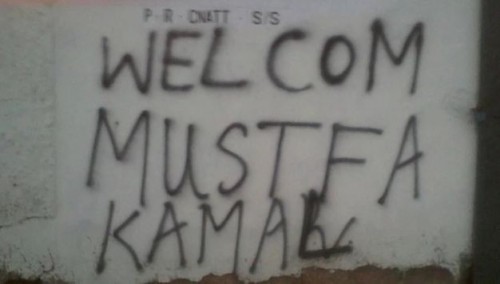