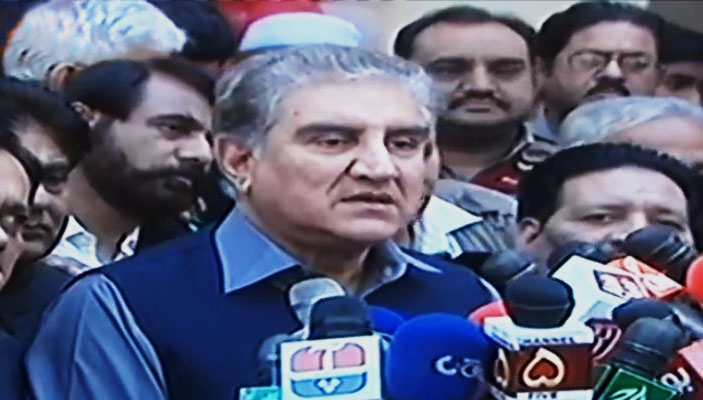 MULTAN (92 News) – Minister for Foreign Shah Mehmood Qureshi said on Saturday that the groundbreaking of Kartarpur Corridor was admired all over the world, however, It reflects Pakistan’s desire for peace in the region that should be taken positively. Speaking to the journalists, FM Qureshi said Pakistan wants peace on its eastern and western borders for prosperity in the region, adding that peace and stability in the region will lead to improvement in job opportunities and overall economic condition. “We took this initiative without any outside pressure to fulfill the desire of Sikh community so they can easily visit their holy places in Pakistan,” the foreign minister said. He said possibilities of improvement in relations between Pakistan and India have increased after development on Kartarpur corridor. To a question about formation of a new province in southern Punjab, the minister said the ruling party does not have two-third majority for constitutional amendment and they will seek opposition parties’ support for it. However, he said steps are being taken to create a balance between southern and other parts of the province and a separate development budget will be allocated for southern Punjab from next year. To a question, he said value of the rupee had been artificially controlled, which led to its depreciation against dollar. He said expected increase in foreign exchange reserves due to boost in exports will decrease pressure on rupee.