ISLAMABAD (92 News) – Prime Minister Imran Khan is about to inaugurate the Kartarpur Corridor on the 550th birth anniversary celebrations of Guru Nanak Dev Ji. Over 10,000 Sikhs will attend the inauguration and the prime minister will inaugurate the Kartarpur Corridor to facilitate entry of Sikh pilgrims from India into Gurdwara Dera Sahib at Kartarpur in Narowal. The Corridor is being opened on the 550th birth anniversary celebrations of Guru Nanak Dev Ji beginning from Tuesday. The landmark project initiated on the directives of Imran Khan as a peace-building measure for the region and to promote interfaith harmony, is entirely funded and executed by Pakistan as a gift for Sikh community. Prime Minister Imran Khan, as a mark of utmost facilitation, has waived off the condition of passport and the fee for pilgrims, who are visiting Pakistan, on the day of inauguration of the corridor and Guru JI's birthday. Initially, 5,000 yatrees (pilgrims) per day are expected to come from India. Preparations have been completed for the inauguration of Karatarpur corridor by Prime Minister Imran Khan.  Briefing Heads of Mission and representatives from Islamabad-based diplomatic missions on Wednesday, he said that the historic initiative by Prime Minister Imran Khan will be opened on the auspicious occasion of 550th birth anniversary of Baba Guru Nanak. Earlier, the Indian government has given permission to Navjot Sidhu to attend the Kartarpur corridor opening ceremony in Pakistan. The Indian government allowed Navjot Sidhu to attend Kartarpur opening after he wrote the third letter to the Ministry of External Affairs seeking clearance to attend the event. The Congress leader had written a third letter to Indian government in which he maintained that if he receives no response, he will go to the shrine across the border like any other pilgrim. On a special directive from Prime Minister Imran Khan, PTI Senator Faisal Javed approached Sidhu to extend the invitation for the grand ceremony on November 9. 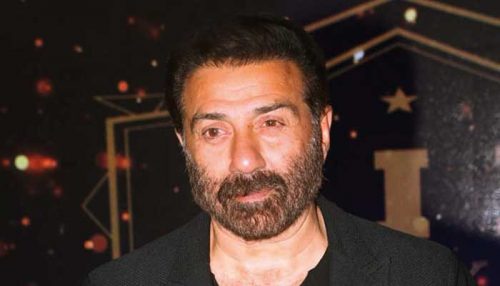 Indian actor turned politician Sunny Doel announced that he will be part of the inaugural ceremony of the Kartarpur Corridor which will be held on November 9.