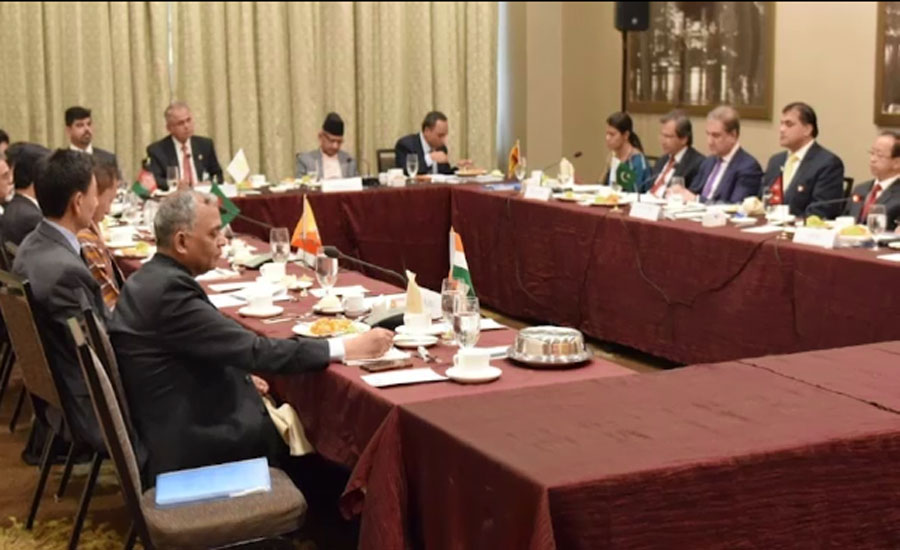 NEW YORK (92 News) - Foreign Minister Shah Mehmood Qureshi refused on Thursday to listen to the speech of his Indian counterpart Minister of External Affairs Subrahmanyam Jaishankar during the meeting of SAARC Council of Ministers in a protest against Indian aggression in the Occupied Kashmir. The spokesperson to the foreign minister had earlier announced that Qureshi had subjected his presence in the meeting during the speech to the lifting of curfew in Indian-occupied Kashmir. After boycotting speech, Qureshi told reporters that India's hands are soaked with the Kashmiris' blood and that Pakistan doesn't want to establish relations with the butcher of Kashmir. He further said India needed to ensure the protection of all Kashmiris' human rights, adding they have to make sure that the Kashmiri folks' basic rights were safe. "We shall not hold talk with India until the siege of Occupied Kashmir is over," Qureshi made it clear after leaving his seat from the meeting.