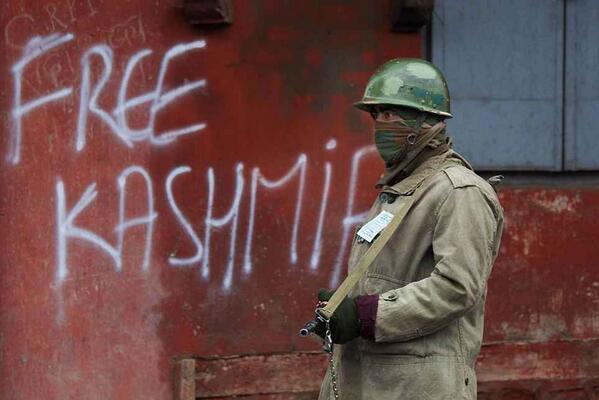 ISLAMABAD (92 News) – Kashmiris on both sides of the Line of Control (LoC) and across the world are observing black day on the Indian Independence Day on Saturday. On the call of the veteran Hurriyet leader, Syed Ali Gilani, the All Parties Hurriyet Conference Chairman, Mirwaiz Umar Farooq, and other leaders including Muhammad Yasin Malik and Shabbir Ahmed Shah, Kashmiris are observing complete shutdown in the Indian-held Kashmir. Large contingents of police and army have been deployed in different cities including Srinagar. Kashmiris raised Pakistani flags in different areas of Srinagar despite curfew imposed by the Indian authorities. Indian authorities arrested Hurriyat leader Ahmarwar for raising Pakistani flag.