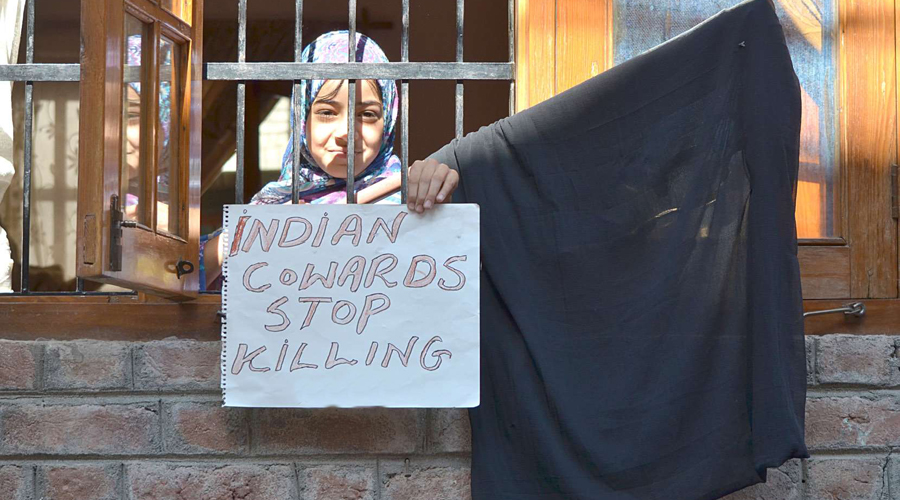 SRINAGAR (92 News) – Kashmiris on both sides of the Line of Control and all over the world observed Black Day on Thursday in protest against India’s occupation of Jammu and Kashmir, terming it totally illegal and unjust. The Indian occupation forces landed in Srinagar on October 27, 1947 violating the international law; however, a complete shutdown was observed in Indian-held Kashmir. In Occupied Kashmir, the Hurriyat leadership had given a call for complete shutdown to mark the day. Black flags were hoisted everywhere in the Occupied Valley. Protest rallies were also taken out in the capitals of several countries. Although October 27 is celebrated every year as the “Black Day” by the Kashmiris on both sides of Line of Control (LoC) and all over the world as a protest against Indian illegal occupation of Kashmir on October 27, 1947, yet this time, this very day has come at time when the people of Kashmir have accelerated their legitimate struggle in the aftermath of the martyrdom of the young Kashmir leader Burhan Wani by the Indian security forces in the Indian Occupied Kashmir (IOK) in wake of continued sieges and prolonged curfew. Since July 8, 2016, Indian forces have martyred more than 100 innocent persons who have been protesting against the martyrdom of Burhan Wani.