Kashmiris on both sides of LoC observing Black Day 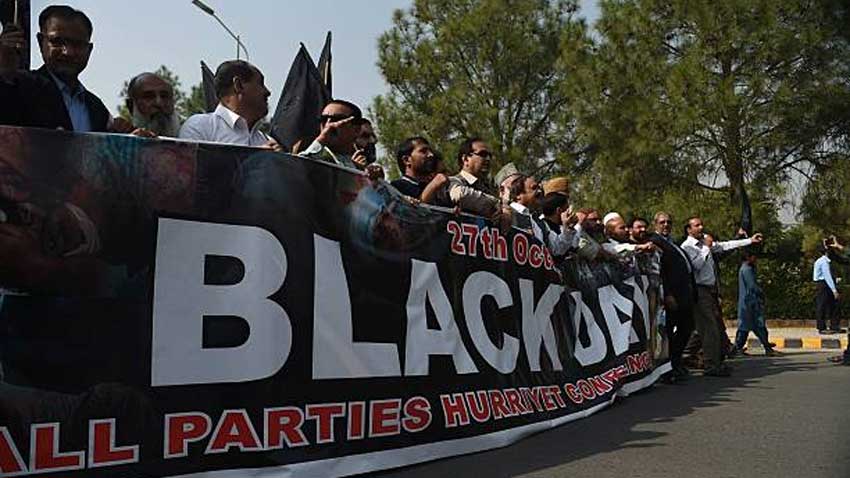 Kashmiris on both sides of LoC observing Black Day

SRINAGAR (92 News) – Kashmiris on both sides of the Line of Control and the world over are observing Black Day, on Saturday to mark the illegal occupation of Jammu and Kashmir by India on 27th October, 1947. It was on this day when Indian troops invaded Jammu and Kashmir and occupied it in total violation of Partition Plan of the Subcontinent and against the Kashmiris' aspirations. The day is marked every year to express support and solidarity with Kashmiri people in their just struggle for right to self-determination and remind the United Nations and the international community of its commitments regarding the resolution of this longstanding dispute. Seminars will be organized and rallies will also be taken out in different cities to mark the day. News and Current Affairs Channel of Radio Pakistan will also broadcast special programs in connection with the day to highlight the plight of Kashmiri people. Meanwhile, a seminar titled Seven Decades Resistance : UN Kashmir Report and Way Forward  is being held in Islamabad this afternoon under the aegis of Kashmir Institute of International Relations to expose the ongoing Indian repression and atrocities in occupied Kashmir against the innocent civilians. President AJK Sardar Masood Khan, Minister for Human Rights Shireen Mazari, Opposition leader in the Senate Raja Zafar-ul-Haq, Leader of the House in the Upper House of the parliament Shibli Faraz and other Kashmiri leaders and renowned diplomats are expected to address the seminar – Two more youth martyred in Baramulla – In occupied Kashmir, Indian troops in their fresh act of state terrorism martyred two more youth in Baramulla district, on Friday. The troops killed the youth during a cordon and search operation at Pazalpora in Sopore area of the district. Earlier, troops had killed six youth in Islamabad and Baramulla areas yesterday.