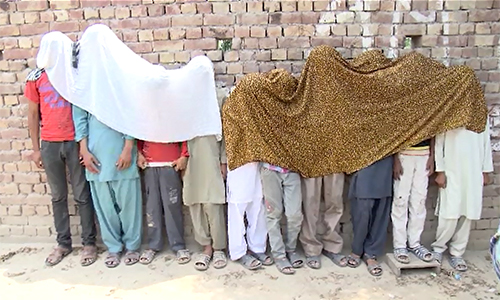 LAHORE/KASUR (92 News) - The suspects arrested in connection to Kasur child abuse confessed their involvement in the offence, before they were shifted to an undisclosed location by the police. As per SP Investigation Nadeem Abbas, the arrested seven suspects have confessed their involvement in the dire scandal.  The suspects will be produced before the court upon completion of challan. Meanwhile, police moved the suspects to an undisclosed location, where they will be presented before senior police officials. On the other hand, PM Nawaz Sharif took notice of the matter and expressed severe grief and displeasure over it. He directed concerned officials to ensure stern punishment to the perpetrators.