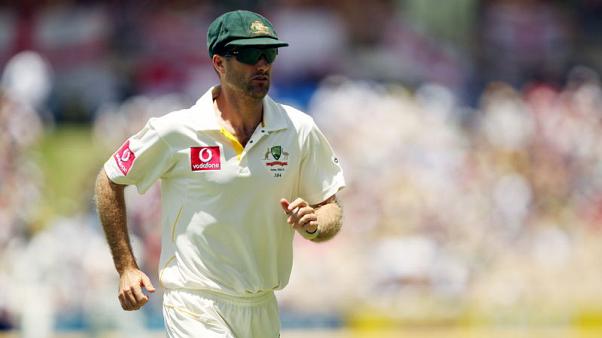 MELBOURNE (Reuters) - Former test batsman Simon Katich has ruled out taking a role on Cricket Australia’s embattled board and predicted that the bloodletting will continue in the wake of a scathing review into the governing body’s culture. Cricket Australia has been under siege since last week’s release of the Longstaff review, which was commissioned in the wake of the ball-tampering scandal in Cape Town. Chairman David Peever resigned last Thursday after his position became untenable and the board’s longest-serving director, former Australia captain Mark Taylor, quit on Monday citing the toll of a tumultuous period for Australian cricket. While announcing his resignation, Taylor said he hoped a former player would replace him on the board and nominated respected pundit Katich among a handful of potential successors. But Katich said his media roles and family commitments ruled him out of the job. “I’ve got too much on my plate,” he said in comments published by The Australian newspaper. “Mark Taylor spoke about his conflict with media commitments and the board role and I have signed to work with Channel 7 and (radio station) SEN during the summer so I would be equally compromised. “I’m contracted and I am going to honour that contract ... I would love to help but I am happy doing what I am doing.” In a year of turmoil for Australian cricket, CA has seen long-serving chief executive James Sutherland replaced by deputy Kevin Roberts, board director Bob Every quit in May over disagreements with Peever’s leadership and head coach Darren Lehmann replaced by Justin Langer in May. Katich said he felt more departures were to come.