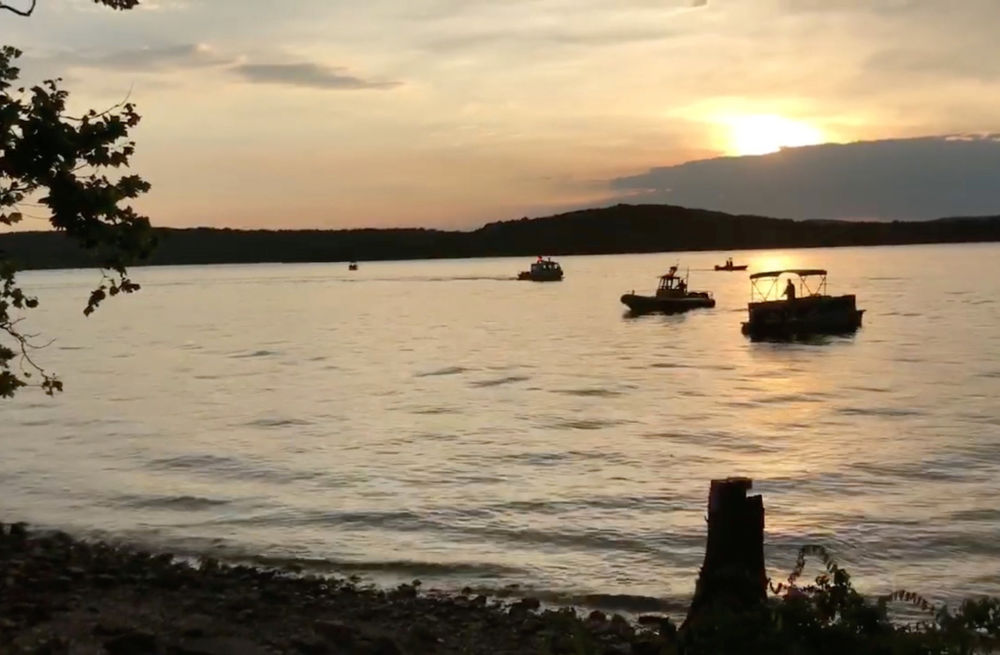 MISSOURI (Reuters) - A woman whose nine family members were among the 17 people killed when a tourist duck boat capsized in a storm on a Missouri lake said that she is not sure if there is any way to recover from such a loss. “Keep us in prayer. We are going to need it,” Tia Coleman, who lost her husband, three children and other relatives, told a news conference from a hospital in Branson, Missouri, where she was taken after the Thursday incident. An amphibious duck boat was carrying 31 passengers including children when a sudden “microburst” storm packing powerful winds hit Table Rock Lake outside Branson, unleashing white-cap waves that swamped the vessel before it sank. Coleman said she plunged deep into the lake and did not know how she was able to survive. She thanked people she dubbed “angels” who jumped into the water and helped pull her to safety. Her nephew also survived. Choking back tears, Coleman talked about the family members she lost, including her two sons and one-year-old daughter Arya. “She had a thousand personalities wrapped up in her one,” Coleman said. “Going home is going to be completely difficult. I don’t know how I am going to do it. Since I have had a home, it has always been filled with little feet and laughter,” she said. Coleman said the boat’s captain pointed out the life jackets but told those aboard there was no need for them. Coleman said if she could have reached the life jackets, she believes she could have saved her children. She had nothing to say to the captain, who was among the survivors. “I don’t know if there is a recovery from this,” she said. At least three other people remained hospitalized in Branson in stable and fair conditions, local media reported. Representatives from the CoxHealth Branson hospital and local Stone County Sheriff’s Office did not respond to requests for comment . Federal safety officials and the US Coast Guard are investigating the incident. Jim Pattison, president of Ripley Entertainment, which owns the Branson “Ride The Ducks” tour company, told CBS This Morning on Friday that the strength of the storm was unexpected and the duck boats should not have been on the lake. Two of the World War Two-style amphibious duck boat vehicles were out on the lake and headed back to shore, but only one made it. The dead were aged one to 70 and came from six US states. Seven of the 14 survivors were injured and taken to the hospital, authorities said. More than three dozen people have died in incidents involving duck boats on land and water in the United States over the past two decades. Thursday’s disaster in Missouri came just four days after passengers aboard a regular tour boat off Hawaii’s Big Island were pelted with “lava bombs” that left several with third-degree burns and a woman’s leg broken.