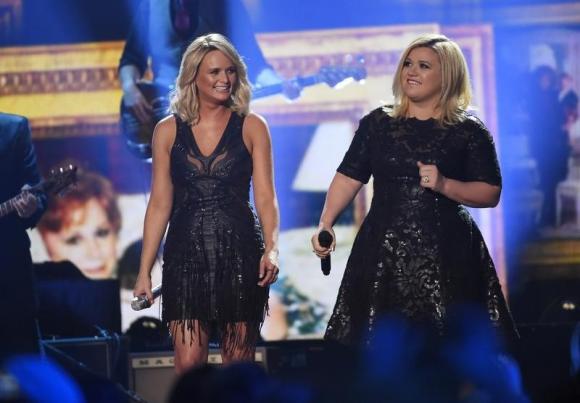 LOS ANGELES - Pop singer Kelly Clarkson racked up the third No. 1 album of her career as "Piece By Piece" debuted in the top slot of the weekly U.S. Billboard 200 album chart on Wednesday. The first "American Idol" winner ties fellow champion Carrie Underwood in No. 1 albums among contestants of the long-running Fox TV reality show, Billboard said. "Piece By Piece" tallied 97,000 units, including 83,000 albums sold, in the week ended March 8, according to figures from Nielsen SoundScan. Close behind at No. 2 was the soundtrack to Universal Pictures' hit film "Fifty Shades of Grey," with 96,000 units sold. "1989" from Taylor Swift, the top-selling album of 2014, found its way back up to No. 3 with 77,000 units sold and has maintained a place in the top five since its release 19 weeks ago, Billboard said. The only other new entry in the top 10 of the Billboard 200 chart, which tallies album sales, song sales (10 songs equal one album) and streaming activity (1,500 streams equal one album), was singer/songwriter Brandi Carlile's "The Firewatcher's Daughter" at No. 9, selling 43,000 units. Last week's chart-topper, rapper Big Sean's "Dark Sky Paradise," dropped to No. 6. On the Digital Songs chart, which measures online song sales, Mark Ronson and Bruno Mars' upbeat "Uptown Funk!" remained at No. 1 with 210,000 downloads in the past week. - Reuters