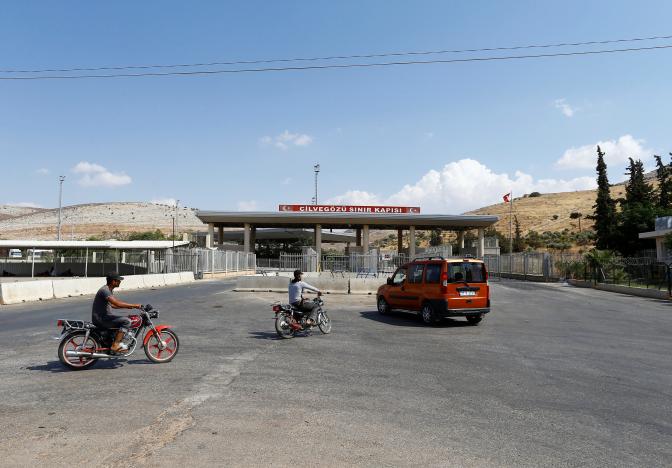 WASHINGTON - US Secretary of State John Kerry on Wednesday sought to diffuse criticism of a US-Russian ceasefire agreement on Syria arguing that without it violence would increase significantly with many more Syrians slaughtered or forced to flee the war-torn country. The deal struck between Kerry and Russian Foreign Minister Sergei Lavrov in Geneva on Friday agreed to a seven-day period of reduced violence and increased humanitarian aid deliveries. If the truce holds, US and Russian militaries would begin to coordinate air strikes against Nusra Front and Islamic State militants in an agreed area. The plan aims to bring together the warring Syrian sides for talks on a political transition, which would involve Syrian President Bashar al-Assad stepping aside. "It's a last chance to be able to hold Syria together," Kerry said in an interview with NPR's Morning Edition. "If you fail to get a cessation in place now and we cannot get to the table, then the fighting is going to increase significantly." He added: "What's the alternative? The alternative is to allow us to go from 450,000 people who have been slaughtered to how many thousands more? That Aleppo gets completely overrun? That the Russians and Assad simply bomb indiscriminately for days to come and we sit there and do nothing?" The five-year war has killed an estimated 430,000 people since the start of the conflict, with roughly 11 million people made homeless in the world's worst refugee crisis. Senior US military and intelligence have criticized the plan saying Russia cannot be trusted. The plan envisions the US military sharing targeting information for strikes against militants with Russian forces. Kerry said the agreement had the support of US President Barack Obama, with whom he met on Tuesday. "Well, the president of the United States is ready and I think the military therefore will be ready," he said. "Nobody's asking people to abrogate our standards, but it is important for us to keep our part of the bargain," Kerry added. The agreement marks the biggest test yet by Washington that it can work with Moscow to end a war that President Vladimir Putin transformed a year ago when he sent warplanes to join the fight on Assad's side Kerry said moderate opposition fighters, backed by the United States and Gulf allies, had been losing ground to Russian-backed government forces. "The dynamic of Assad hammering them and Russia hammering them is going to drive them into the hands of Nusra and ISIL," said Kerry, "And you'll have a greater degree of radicalization of increased intensity." Twenty-four hours after the truce took effect, senior State Department officials said there had been a reduction in violence. U.N. Special Envoy for Syria Staffan de Mistura declared that U.N. aid access should be possible soon, including to eastern Aleppo, the rebel-held half of the city that is under blockade. The Syrian Observatory for Human Rights said the most intense fighting since the ceasefire began took place on Tuesday night in the village of Maan in Hama province. Insurgents operating in the Hama area included jihadists and nationalist rebels fighting under the Free Syrian Army banner. It was not immediately clear whether the insurgents were part of the ceasefire, although the senior US official said all groups except Nusra and Islamic State had to abide by the cessation of hostilities rules. -Reuters