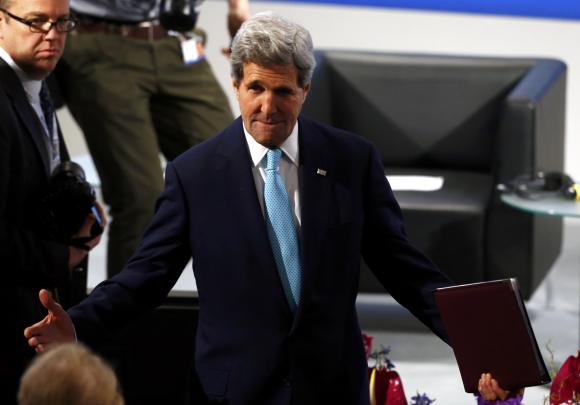 (Reuters) - Secretary of State John Kerry denied on Sunday that a split has emerged between Washington and Europe over how to handle Russia, after leading U.S. senators sharply criticized Germany and other countries who oppose sending arms to the Ukraine military. "Let me assure everybody there is no division, there is no split – I hear people trying to create one," Kerry told a security conference in Munich. "We are united, we are working closely together, we all agree that this challenge will not end through military force. We are united in our diplomacy.”