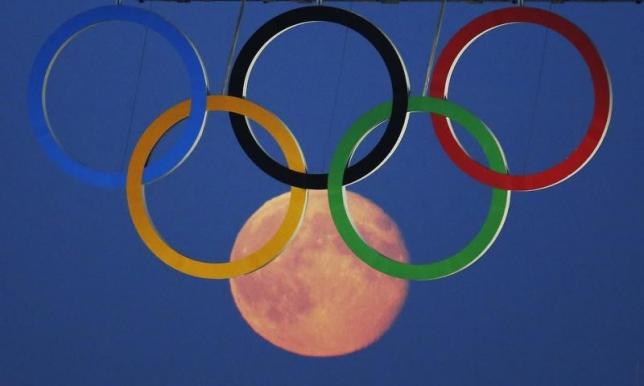 KUALA LUMPUR - The most powerful people in the Olympic movement have urged the United States to quickly find a replacement for Boston and push ahead with plans to bid for the 2024 Summer Olympics. The U.S. has not hosted the Summer Olympics since 1996, partly because of a long-running feud over television rights and sponsorship, but were widely regarded as the favorite for 2024. The U.S. Olympic Committee (USOC) initially picked Boston as its candidate but pulled the plug on the bid last week because of a lack of support. With the deadline for applications due in mid September, the decision left America racing against time to decide on another bidder. IOC President Thomas Bach was quick to tell the U.S. to find a replacement and now Sheikh Ahmad Al-Fahad Al-Sabah, the highly influential president of the Association of National Committees (ANOC), has joined him in what is a significant endorsement. "I think everybody in the movement would like to see the five rings bidding for the Games from the United States," Sheikh Ahmad told Reuters at the end of the 128th IOC Session on Monday. "It's one of our major countries in this movement." Regarded as one of the key dealmakers in the IOC, Sheikh Ahmad has already handed the USOC a golden opportunity to press its claims for 2024 by agreeing to hold this year's ANOC general assembly to Washington D.C. The U.S. has not hosted the general assembly since 1994, two years before it last staged the Summer Olympics in Atlanta, but relations between the USOC and the IOC have improved since they reached an agreement three years ago on revenue sharing. Washington D.C., along with Los Angeles and San Francisco, lost out to Boston as the initial U.S. candidate for 2024, but all three cities are being reconsidered. Regardless of whether the capital is chosen, having the world's top sporting officials in the U.S. for the ANOC general assembly presents a rare opportunity for the country to impress the people who will decide the 2024 host in 2017. Los Angeles, which has hosted the Olympics in 1932 and 1984, is widely regarded as the favorite but Sheikh Ahmad said any American bid would be a strong candidate. "This is a matter for USOC," he said. "I hope they will decide... to have a city bidding, it would be good for the Games." Rio de Janeiro will host the Summer Games next year with Tokyo holding the event for a second time in 2020. - REUTERS