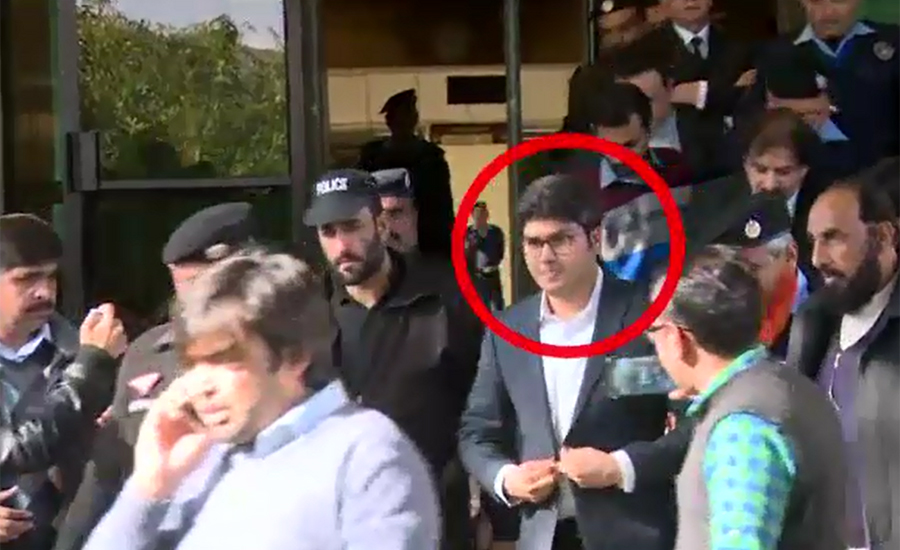 ISLAMABAD (92 News) – The Supreme Court upheld the five-year imprisonment of the accused and ordered to arrest him in the Khadija stabbing case on Wednesday. The three-member bench headed by Chief Justice Asif Saeed Khosa nullified the verdict of the Lahore High Court. After the verdict, the police arrested the accused Shah Hussain. During the hearing, the CJP remarked that Khadija knew the accused and why she delayed in nominating him. “Khadija’s sister also delayed in pointing out the accused,” she added. He observed that there was no wound to the front of Khadija and she could speak over the matter. “It is decided that Khadija was talking in the hospital,” she added. Khadija Siddiqui’s counsel stated that the LHC had not observed the complete evidence and his client’s sister also appeared as witness. He said that Khadija was accused’s class fellow and Shah Hussain had hit her 23 times with a knife. “The accused did not attack the car driver, while the victim’s sister was in senses,” he said. Talking to the media after the verdict, Khadija Siddiqui said that truth had won today. “There was unusual pressure in the case.” Case details Shah Hussain had attacked Khadija on May 3, 2016, near Shimla Hill where she, along with her driver, had gone to pick up her younger sister from school. Both the sisters were about to get into their car when a helmet-wearing Hussain allegedly attacked Siddiqui with a knife and stabbed her 23 times leaving her critically injured. In June last year, Hussain was acquitted by the Lahore High Court, after which Siddiqui filed an appeal with the top court. A judicial magistrate had on July 29, 2017, sentenced Hussain to seven-year imprisonment under Section 324 (attempted murder) of Pakistan Penal Code (PPC), two years under Section 337A(i) (causing injuries), five years under Section 337A(ii), one year under Section 337F(i), three years under Section 337F(ii) and five years under Section 337F(iv). However, a sessions court in March 2018 had commuted the rigorous imprisonment by two years awarded by the trial court to Shah Hussain while setting aside the other minor penalties. Hussain, the son of a senior LHC lawyer, then appealed against his conviction in the high court and was acquitted in June 2018.