Khalid Langove handed over to NAB on 14-day remand 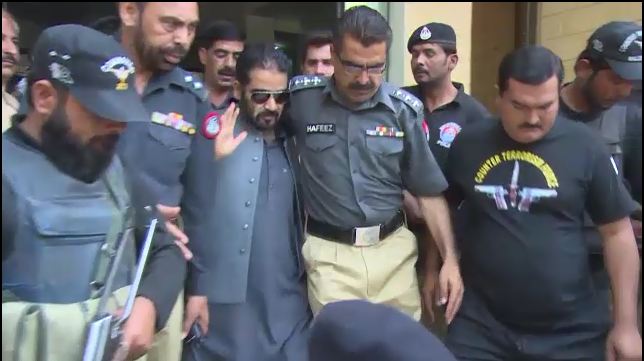 Khalid Langove handed over to NAB on 14-day remand

QUETTA (92 News) – The Accountability Court (AC) has on Thursday granted 14 days remand of former Finance advisor to chief minister Balochistan Mir Khalid Khan Langove to National Accountability Bureau (NAB) in Quetta. Khalid Langove was brought to the court amid tight security. During the proceedings, the NAB requested a 14-day remand from the court, which was granted. The court handed over custody of the former Balochistan finance adviser to NAB till June 7. The ex-finance advisor was arrested by NAB from the High Court premises on Wednesday after rejection of his bail. Khalid Langove had resigned from his post after Mushtaq Raisani, former Balochistan finance secretary, was arrested by NAB from his home.