Khamenei says Iran nuclear weapons are a US 'myth' 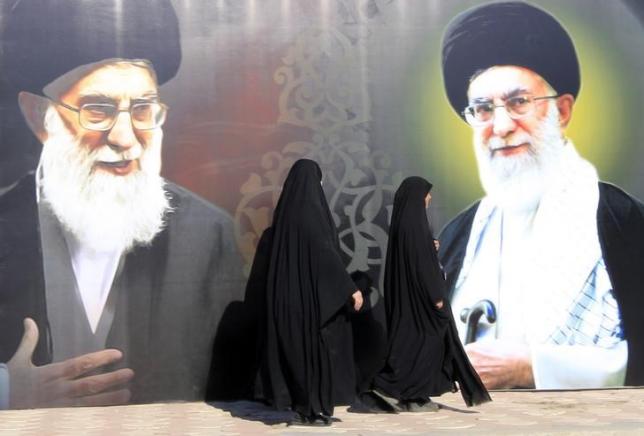 Khamenei says Iran nuclear weapons are a US 'myth'

DUBAI - Iran's Supreme Leader Ayatollah Ali Khamenei told military commanders on Sunday the United States had created the "myth" of nuclear weapons to portray Iran as a threat, hardening his rhetoric before nuclear negotiations resume this week. Khamenei, the highest authority in Iran, has supported the talks but continues to express deep mistrust of the United States. "They created the myth of nuclear weapons so they could say the Islamic Republic is a source of threat. No, the source of threat is America itself, with its unrestrained, destabilizing interventions," Khamenei said in a televised address to a hall of several hundred military commanders. "The other side is methodically and shamelessly threatening us militarily ... even if they did not make these overt threats, we would have to be prepared," he said. Iran and six world powers including the United States reached a framework accord on Iran's disputed nuclear program this month and will resume negotiations in Vienna this week, aiming to reach final deal by the end of June. The accord was a step towards a settlement that would allay Western fears that Iran could build an atomic bomb, with economic sanctions on Tehran being lifted in return. Despite significant progress, the two sides still disagree on several issues, including how quickly international sanctions would be lifted under a final deal. Earlier this month, Khamenei insisted that all sanctions be lifted immediately on a deal being reached, a condition that the US State Department dismissed. He warned of the "devilish" intentions of the United States, even as he reaffirmed his support for Iran's negotiating team. YEMEN OFFENSIVE Khamenei also criticized US support for a Saudi-led offensive in Yemen, where a coalition of Arab countries is bombing Iran-allied Houthi rebels who seized the capital Sanaa last year and took control of other parts of the country. "Today these tragic events are happening in Yemen and the Americans are supporting the oppressor," he said. The four-week old campaign, in which Iran and Western countries have backed opposite sides, began during the last round of nuclear talks. Growing civilian casualties and Western suspicions that Iran is arming the Houthis have added to tensions. - Reuters