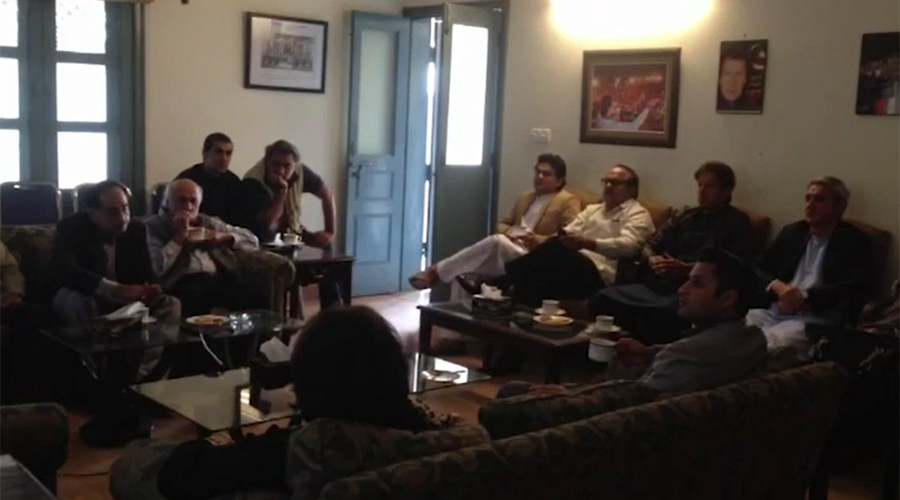 ISLAMABAD (92 News) – Pakistan Tehreek-e-Insaf chairman Imran Khan has on Sunday directed party leadership to raise Panama leaks case at every forum. PTI chairman Imran Khan chaired an important meeting of the party’s leadership in Bani Gala today (Sunday). During the meeting, matters pertaining to country’s political situation and Panama leaks case were discussed. Khan directed his party leaders to raise Panama leaks case at every forum. Earlier, Supreme Court said a single-member commission would probe allegations made against Prime Minister Nawaz Sharif’s family in the Panama Papers case and expressed strong displeasure at the failure of his children to respond to the charges. The final decision on it will be made on Monday (tomorrow) after the court reviews the Terms of Reference and responses submitted by the premier’s children. Sharif’s counsel Salman Ahmed Butt submitted the premier’s response in court along with that of his son-in-law Muhammad Safdar. But his daughter Maryam and son Hussain and Hasan failed to comply.