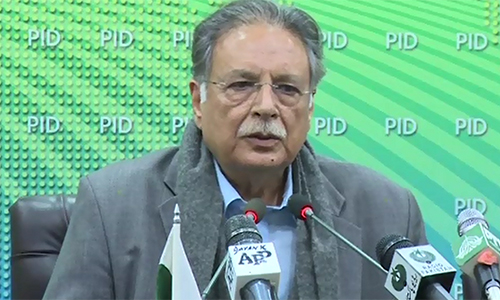 ISLAMABAD (92 News) – Federal Minister for Information and Broadcasting Pervaiz Rashid said that Khan Sahib had received a certificate from the Election Commission of Pakistan (ECP) for submitting fake affidavits.

Addressing a press conference on Tuesday, he said that oil was available at the cheapest rate in Pakistan as compared to other Asian countries. “The power rate and price-hike are also reducing continuously.”

The minister said that the federal government distributed 58-62 percent of the money received through taxes among the provinces.

“As the prices are reduced in the international market, people are also given benefit,” he said.