Khaqan Abbasi meets Nawaz Sharif in London during US visit 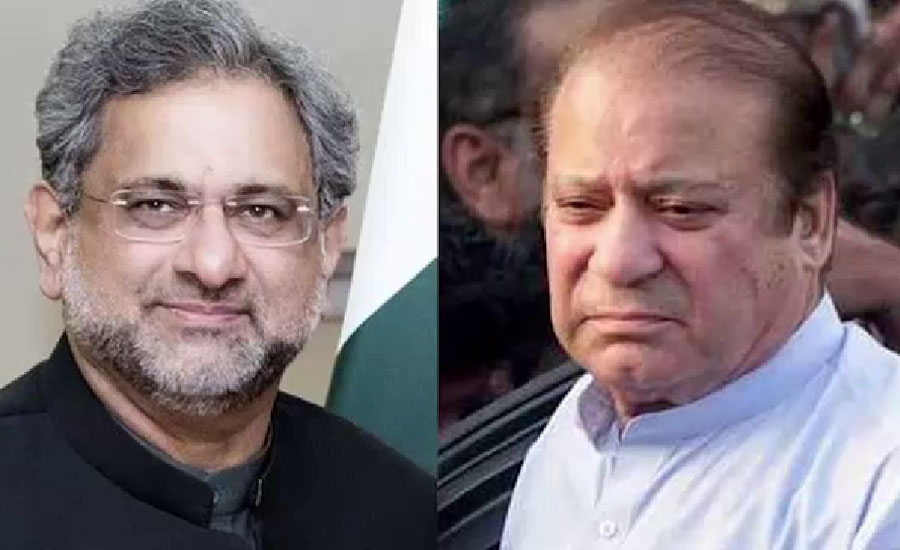 Khaqan Abbasi meets Nawaz Sharif in London during US visit

LONDON (92 News) - Former premier Shahid Khaqan Abbasi , during his visit to the US where he had to inquire about health of his ailing sister, met Nawaz Sharif in London.

In his meeting with former PM Nawaz Sharif, who is in London for medical treatment, Abbasi condoled the death of his mother. It was also reported that he conveyed PML-N President Shahbaz Sharif's message to his elder brother.

Speaking to the journalists, the former premier lashed out at the PTI-led incumbent government and said that the alliance of opposition under the banner of Pakistan Democratic Movement (PDM) would last till the completion of its objectives.

"Every moment of the current government is heavy loss for the country. The sooner the government is sent home as the better for the country," Khaqan Abbasi maintained. He also said that it was incomprehensible for Imran Khan not to go to Machh to offer condolences to the bereaved.

"The only solution to Pakistan's problems is to hold new elections. Don't be afraid of arrests, we will participate completely in the Senate elections. Due to Indian steps regarding Kashmir, Pakistan should have close the border and severed all ties," the former minister mentioned.

The sources also said that the two would likely have another meeting wherein they would discuss issues pertaining to PDM strategy and next plans. "Abbasi would also discuss the PML-N's strategy for the upcoming Senate session in his next meeting with Nawaz Sharif," it added.

Khaqan Abbasi arrived in London last night after a visit to the United States where he had travelled to inquire health about his ailing sister. He would be staying in the city for at least two days before returning to Pakistan on January 12.

The PML-N leader had left for the US on December 24 to visit his sister after the PTI government gave him a one-time permission to go abroad.