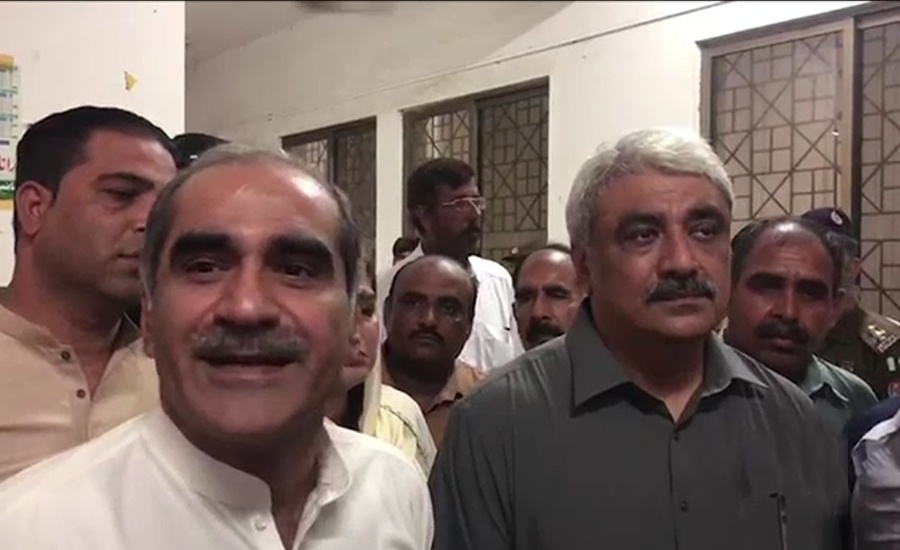 LAHORE (92 News) – An accountability court extended on Tuesday the judicial remand of PML-N leader Khawaja Saad Rafique and his brother, Khawaja Salman Rafique till August 8 in the Paragon housing case. During the hearing, the corruption watchdog body said that it has begun proceedings to declare three people as absconders in the case. Nadeem Zia, Umar Zia and Farhan have yet to respond even though they have been issued court summons. The bureau said that their arrest warrants have been issued too. A report on people who facilitated the embezzlement of funds was submitted in the court. NAB also submitted the copy of the reference against the brothers. The court is expected to indict them at the next hearing. After appearance in the court, talking to the journalists, Khawaja Saad said, “Whatever is happening with us, the same will happen with them after a few months.” “We don’t want the same humiliation for Imran Khan from which PML-N and PPP have been suffering through,” he said. He urged the government to consider the charters of economy and democracy. “Instead of suppressing the opposition, try to consider the charters of economy and democracy.” He said that his party had no personal conflict with the sitting chairman. “He’s a good man,” he further said. “Production orders are issued everywhere in the world where democratic norms are observed,” he concluded. Khawaja brothers were arrested on December 11, 2018. The brothers have been accused of misusing their authority and causing billions of rupees loss to the national exchequer. According to NAB, Saad Rafique colluded with his brother, and Qaiser Amin Butt among three others to form the Paragon City housing society. The Lahore Development Authority says the housing project was unapproved.