Khawaja gets ODI chance after overlooked for NZ opener 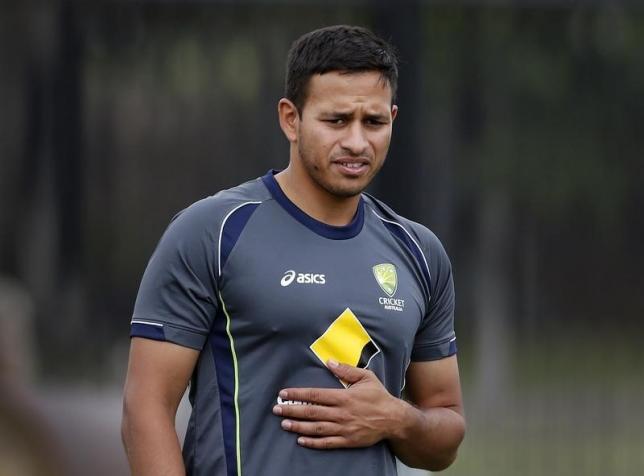 Khawaja gets ODI chance after overlooked for NZ opener

WELLINGTON - In-form batsman Usman Khawaja has been selected to play his first one-day international in three years when Australia meet New Zealand in the second match of their series in Wellington on Saturday.

Khawaja will replace opening batsman Shaun Marsh in the side after being overlooked for the first match at Eden Park, which the tourists lost by 159 runs.

The 29-year-old has been in sparkling form during the home summer, hitting three centuries in four tests against New Zealand and West Indies before blasting a couple of Twenty20 tons to help Sydney Thunder capture their first Big Bash League title in Australia's domestic competition.

Khawaja played the last of his three one-dayers against West Indies in Feb. 2013 and is keen to improve upon his record in the format, which has yielded two scores of three and a high score of eight not out.

"It's a new challenge out there so nothing I did previously has any effect on what I hopefully do tomorrow," he told reporters on Friday.

"The past is done. I'm feeling really good right now but that doesn't always mean I'm going to score runs. I'm just going to try and contribute to the team to hopefully get us a win in this second game."

Leg-spinner Adam Zampa, who created waves last month by running a player out in a Big Bash match when the ball deflected off his nose onto the stumps, will make his international debut in place of the injured James Faulkner. The third and final match of the series is in Hamilton on Monday. -Reuters