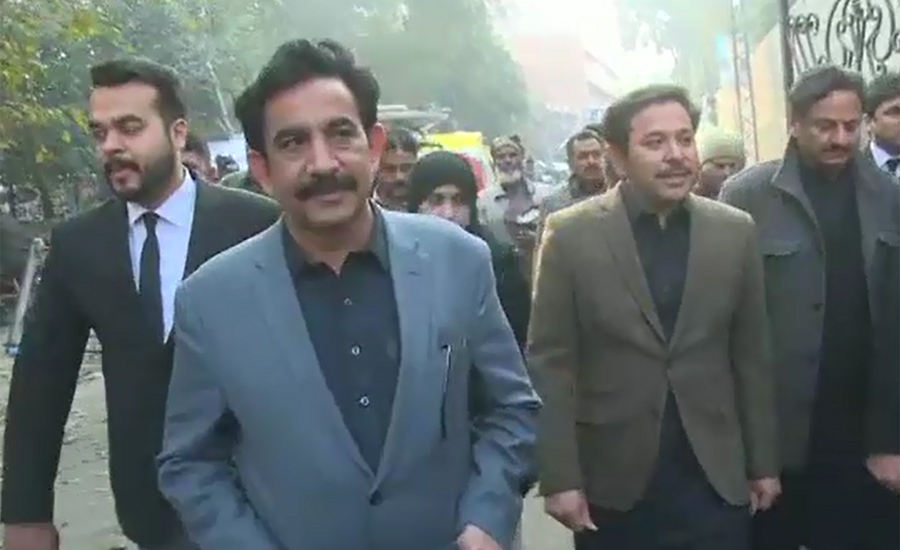 LAHORE (92 News) – Additional Sessions Judge Shahzad Raza granted bail to the Khokhar brothers in the land grabbing case on Tuesday. The court also ordered to release MNA Afzal Khokhar, Saiful Malook Khokhar and Malik Shafi Khokhar after furnishing surety bonds worth Rs 50,000 each. Earlier, the three brothers appeared in court. The court adjourned the case till January 19. On December 25, PML-N MNA Afzal Khokhar was arrested outside the Supreme Court Lahore Registry in a case of illegal occupation of land. A first information report registered with the Nawab Town police by British resident Muhammad Ali Zafar said that a few years earlier, he had bought 34 marlas land situated across from his residence in the Sultanpura area. The then-owner Tariq Mahmood had demarcated the land in his presence. He claimed that Khokhar Palace, the MNA's residence, had since been built on his land. The FIR said that the chief justice had directed those with complaints pertaining to land grabbing to file a case with police, and asked for action to be taken against Khokhar. Zafar granted one Fayyaz Ahmad the authority to fight the case on his behalf, as he had been residing in London for the last 20 years.