Khurshid Shah asks Nawaz not to talk about unconstitutional steps 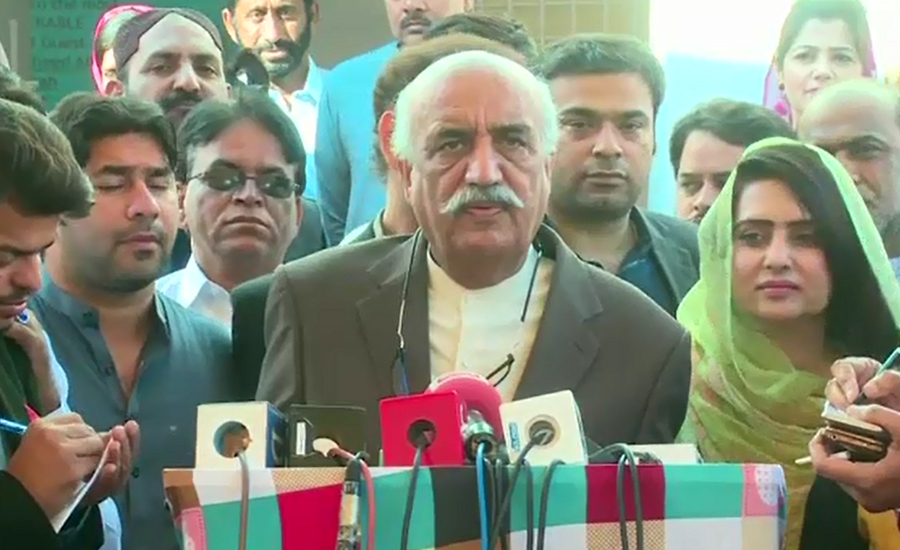 Khurshid Shah asks Nawaz not to talk about unconstitutional steps

ISLAMABAD (92 News) – Leader of Opposition in National Assembly Syed Khurshid Shah has on Monday said that by talking about referendum, former prime minister Nawaz Sharif is taking the unconstitutional steps. Talking to the media in Islamabad on Monday, he warned the former prime minister of more problems in case of following the unconstitutional path. The opposition leader said that the Pakistan Peoples’ Party (PPP) wanted the government to complete its tenure. Commenting on Nawaz Sharif’s criticism on judiciary, Shah said that the former PM should accept court ruling. Khurshid Shah asked the government to relinquish power if it was unable to call off the religious parties’ sit-in at Faizabad in Islamabad. The writ of the government in the country has lost, he added. The PPP leader said that the Finance Minister Ishaq Dar should resign.