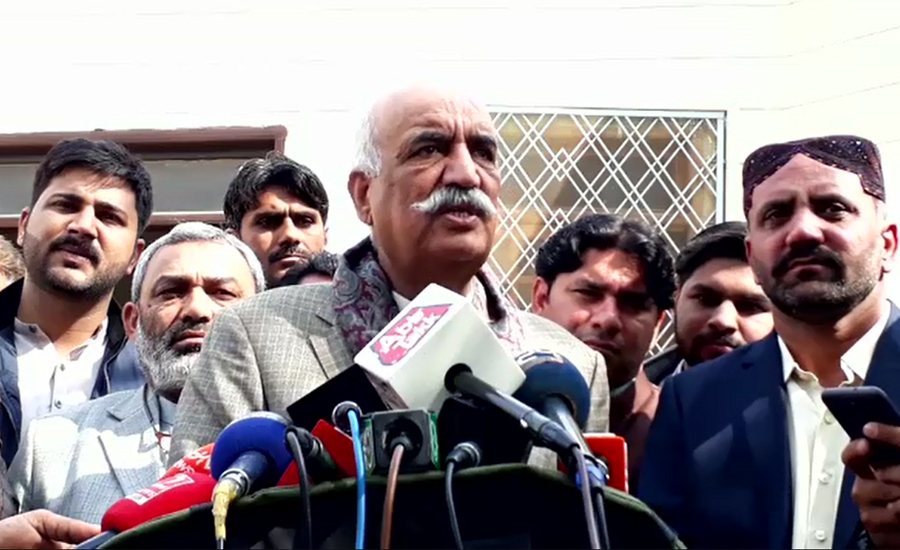 SUKKUR (92 News) – PPP leader Khaurshid Shah has predicted that former prime minister Nawaz Sharif is unwell, will get the bail and go abroad. Talking to the media on Monday, he said that the country will suffer a loss by putting politicians behind the bars. He said that the government should name the person seeking the National Reconciliation Ordinance (NRO). “We do not want dissolution of the government, but want to change the system,” he maintained. The PPP leader said that they had given the Benazir Income Support Program that was applauded by the world. “We will issue food cards to benefit the poor after coming to the power,” he said. Khurshid Shah said that Nawaz Sharif had been convicted in the cases which were not registered against him. He said that they had to work jointly for the betterment of the country. “The steps causing joblessness in the country are being taken,” he added.