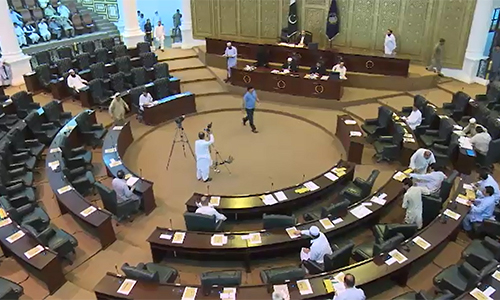 PESHAWAR (92 News) – The Khyber Pakhtunkhwa Assembly on Tuesday unanimously passed a resolution to bring Altaf Hussain back through Interpol and try him on treason charges. PTI’s Shaukat Yousafzai had presented the resolution. Meanwhile, the PML-N submitted a resolution in the Punjab Assembly against provocative speeches of MQM chief Altaf Hussain. On the other hand, AJK Prime Minister Abdul Majeed sacked two ministers of the MQM for not disassociating themselves from the MQM.